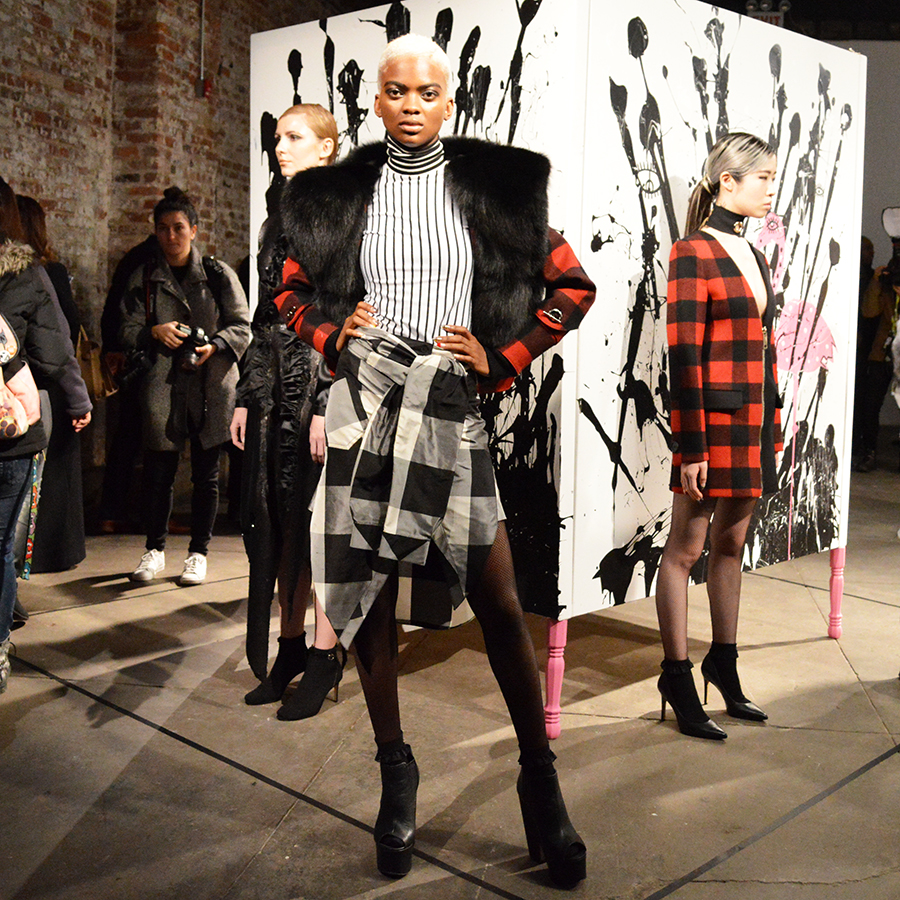 The last model has walked off the catwalk in New York City, leaving the world with a new set of trends for the upcoming fall/winter 2017/2018 season. While many of the trends designers showed for fall are continuing from the fall 2016 season, several are new, or have been reinvented with a slightly political twist. Oh yes, the common theme for fall 2017 was a nod to the politically charged climate of right now. Designers translated this into the glum side of 1990s fashion when minimalism was king, and everyone wore all-black. Combine the glum 1990s with the current angry, divisive political climate, we have a theme for fall 2017 which I am dubbing the “Angry 1990s.” 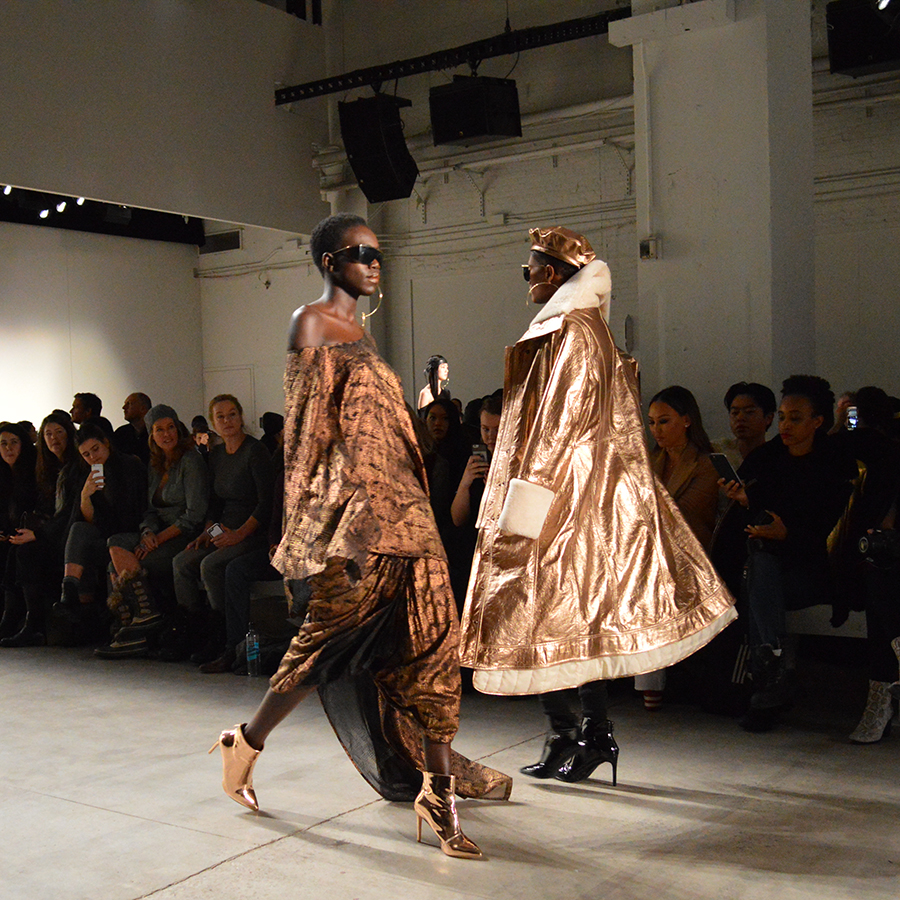 The 1990s are when I came into my own. I graduated from high school, then college, lived a little in my 20’s, then began applying to graduate school. Politically, Clinton was in office, and most liberal-minded people were happy about that. Conservatives were upset with the moral climate in the 1990s, but no-one held violent protests. Although people had jobs in the 1990s, it was not always the job one wanted. It was extremely difficult to find a well-paying job, until the dot-boom began it’s uptick in 1998. The result in fashion was simple minimalism and dark colors. It was not nearly as politically charged as what we are seeing today. I find it interesting that designers are comparing the two. Conservatives and liberals had some social issues to be upset about in the 1990s, but we didn’t see the venom we are seeing today. Without turning my happy fashion place into a political forum, the 1990s were a time of change, not upheaval. Right now, we have some upheaval. This was reflected on the runway, combined with 1990s minimalism, dark hues, and an all-black uniform.

Collections with all-black look as well as looks infused with political upheaval, were spotted on the fall 2017 runways of Nicholas K, Hakan Akkaya, Namilia, and Francesca Liberatore.

How could you miss it! If Green is the color of 2017, it was overshadowed completely by Red for fall 2017. Almost every designer had at least one red look on the runway for the upcoming cold weather season. Red was spotted on everything as both a solid color, and part of a print. This is the color to invest in right now, and to keep from last year. Look for red, red and more red for fall 2017. Love! 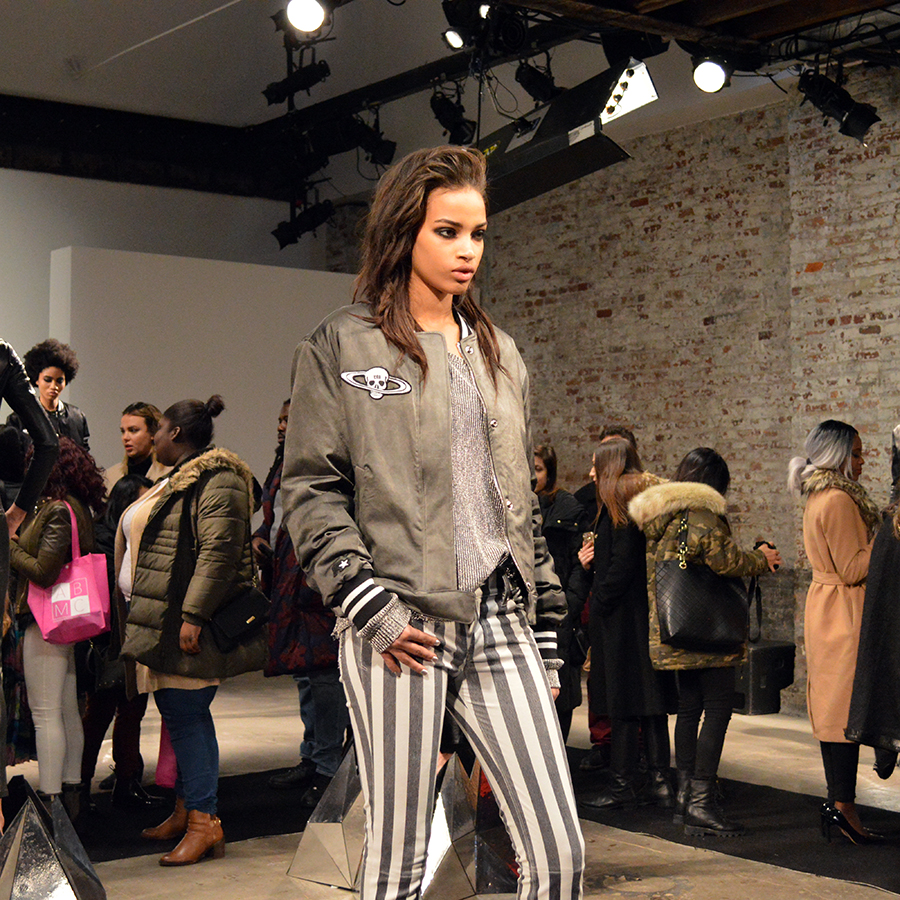 This is a continuing trend from last year, and if you don’t already own one, now is the time to buy one. Bomber jackets have exploded louder than a bomb for the upcoming fall 2017 season. Designers are showing them with casual ensembles, as well pairing them with trousers, skirts, and over dresses. This is the jacket of the season, so make sure you have at least one in your closet!

There were several designers who love bomber jackets for fall, they include Custo Barcelona and Marcel Ostertag.

You can jump on this trend now, here are a few fabulous bomber jackets for spring which will make you look like you are already rocking fall 2017’s hottest trend in outerwear:

The bomber jackets shown above reflect current and fall trends. They can carry you from this season into fall. Love that!

Bold Faux Fur (or real if you wear real fur) 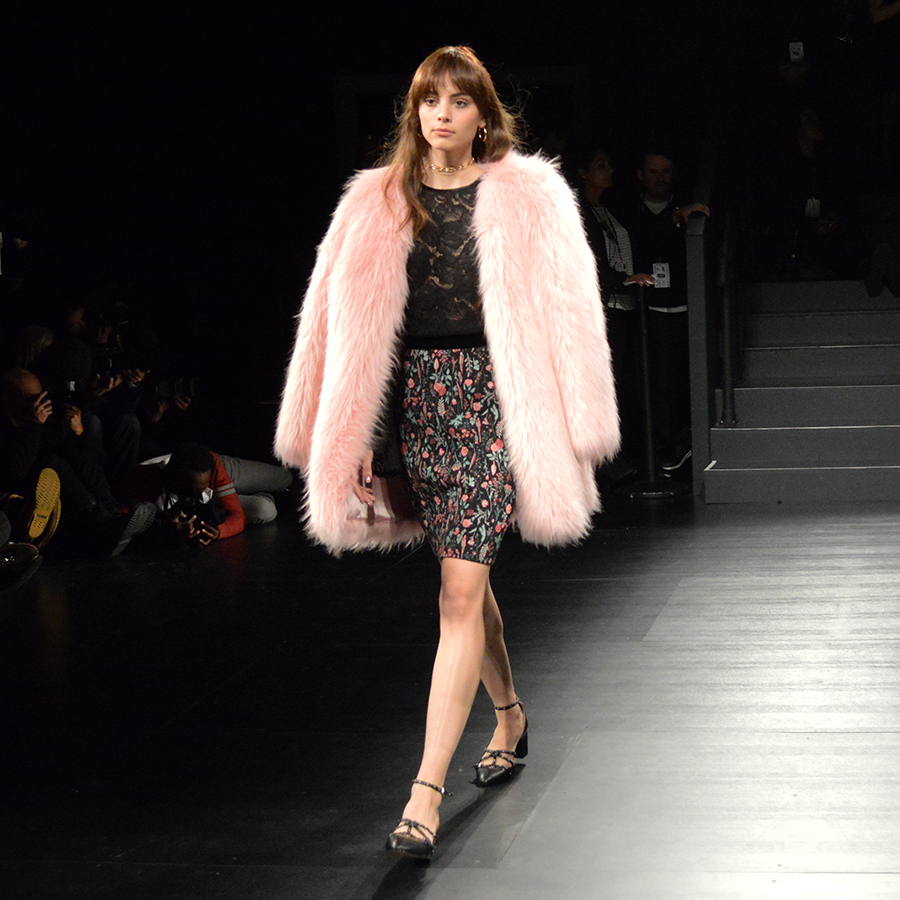 Get ready to shine! Fall 2017 is lit up with shining, sparkling metallics! They are being shown as stand-alone fabrications, as well as accents to colorful pieces. Designers are showing metallics for daytime, athleisure, the office, and of course evening. This is a trend to invest in for fall, and to also have fun with. If the Angry 1990s have got you down, turn the other cheek and sparkle. This is the fun side of fall 2017 fashion!

Metallics popped up on so many fall 2017 runways including those of Michael Costello, Nicholas K, RtA, Hakan Akkaya, Yuna Yang, Custo Barcelona and Marcel Ostertag.

In the 1990s, the all-black look was king. It is returning for fall 2017 as the polar opposite way of dressing from the brightly put together textures and metallics for fall. If showing your style means blending in with the crowd, all-black is your trend. Now, the all-black look was often shown with the “Angry 1990s” look, but, this does not mean it was always shown as angry. Many designers showed all-black as a chic alternative to metallics, velvet, red, lace, and “look-at-me” styles. This is the yin to fall’s yang. If you are perfectly happy with the current political climate, you can still easily rock the all-black look. It is not a political statement, nor a nod to the red or blue side of the aisle. All-black is a classic, bi-partisan look which is hot for fall; it should be taken at face value.

The all-black look appeared on the runways of designers such as Vivienne Hu, Nicholas K, Hakan Akkaya, Taoray Wang and CG by Chris Gelinas.

One thought on “Fall 2017 trends from New York Fashion Week”