Just as the fashion world became excited about bright colors, pastels and neon hues, Vera Wang sent a black wedding dress down her fall 2012 bridal runway. To top the matter off, Milan Fashion Week for fall/winter 2012/2013 menswear, which ended on January 18, 2012, was a sea of black. Not only has black dominated the menswear runways for fall 2012, a few designers such as Emporio Armani, sent their womenswear collection down the menswear runways as well, and they were just as black.

Black has been a mainstay in the wardrobes of Fashionistas for decades; the hue never really went of style, it was just overshadowed by the bright colors of recent seasons. What used to be deemed an anti-establishment hue, black became cool in the 1990’s when minimalism ruled the runways and the streets.

The fall/winter 2012/2013 menswear runways may as well have had the same AC/DC tune blaring on the stereo’s, because 99% of the designers showed up with their collections “Back In Black” and the beautiful bright colors of spring 2012 were nowhere to be found. It should be interesting to see what fall 2012 brings for women when New York Fashion Week kicks off on February 9, 2012. Will we be in a sea of dark and dismal black? Or will autumn hues of orange, green, burgundy, chocolate brown and deep navy grace the runways as seen in many pre-fall collections? We shall see. . . 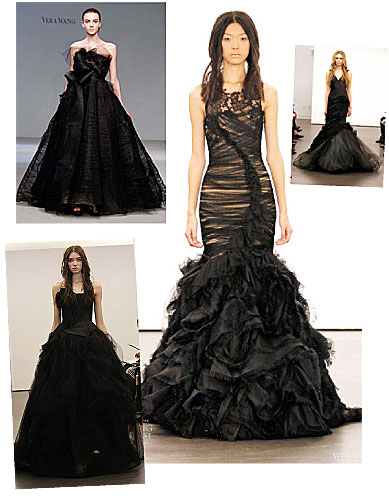