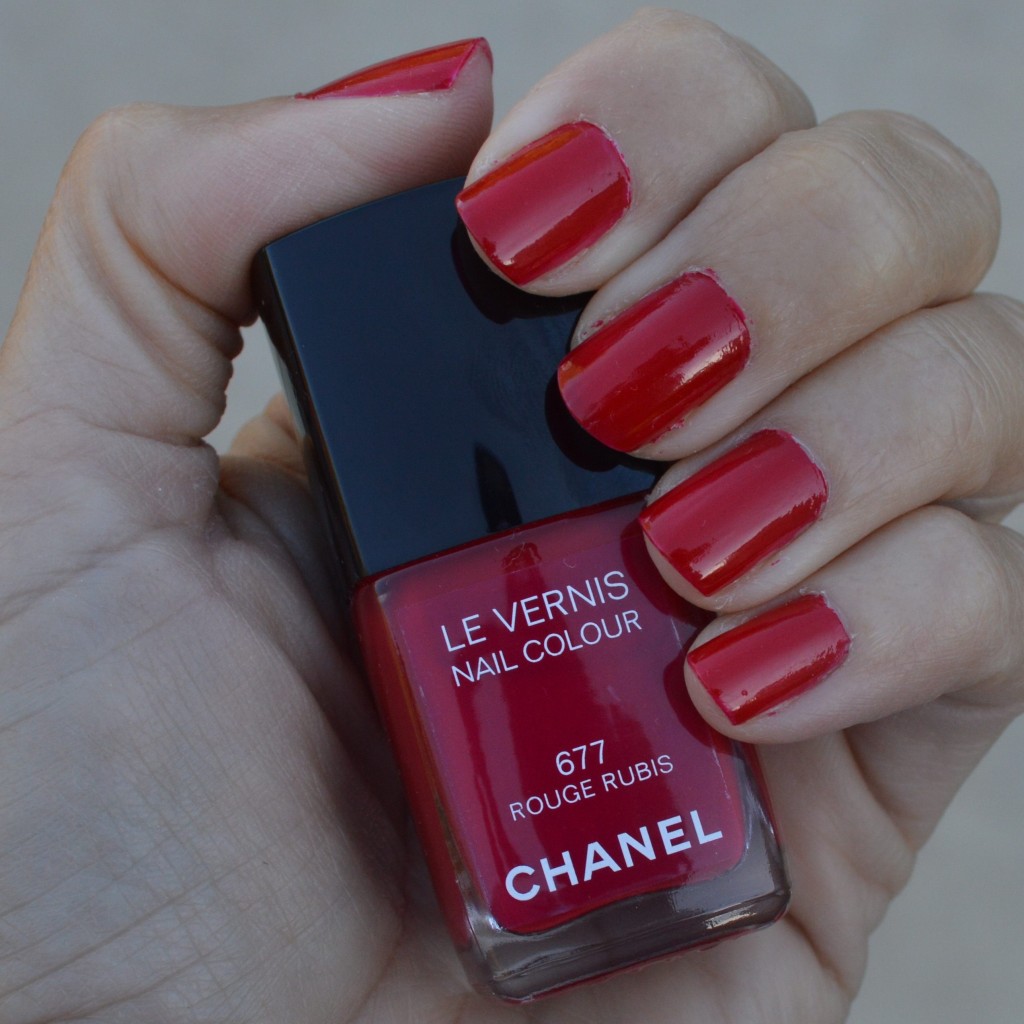 Chanel “Rouge Rubis” nail polish has the perfect balance between a blue based red and an orange based red. “Rouge Rubis” plays well with both sides of the color spectrum making it an easy color to wear on a daily basis. I tested Chanel “Rouge Rubis” with one base coat and two coats of color; no top coat. The polish wore off the edges of the top of my nails within two days, but after the initial rub off on the edges, “Rouge Rubis” did not chip or flake for seven days. Love that!

“Rouge Rubis” by Chanel is a great cherry pie red for the holiday 2013 season, as well as for the nail polish guru who loves red! Chanel “Rouge Rubis” nail polish is a fun red; much less serious than the red nail polish hues Chanel has produced over the past few holiday seasons. I love the playful nature of a cherry red and the fact that it does not chip easily is a huge bonus!

Chanel “Rouge Rubis” nail polish is priced at $27 and can be found online here.