Pantone announced last week that the Color of 2013 is a beautiful, jewel-tone green hue named “Emerald.” This vibrant shade of green has been popular over the past few seasons and is expected to explode as spring/summer 2013 and fall/winter 2013/2014 hit store shelves.

Designers showed Emerald green in every way imaginable on the runways in New York, Paris, Milan and London for the spring/summer 2013 season. In addition to shoes, apparel, handbags and jewelry, Emerald green was shown on nail polish and also on eye shadow. If it can be Emerald green, it will be! 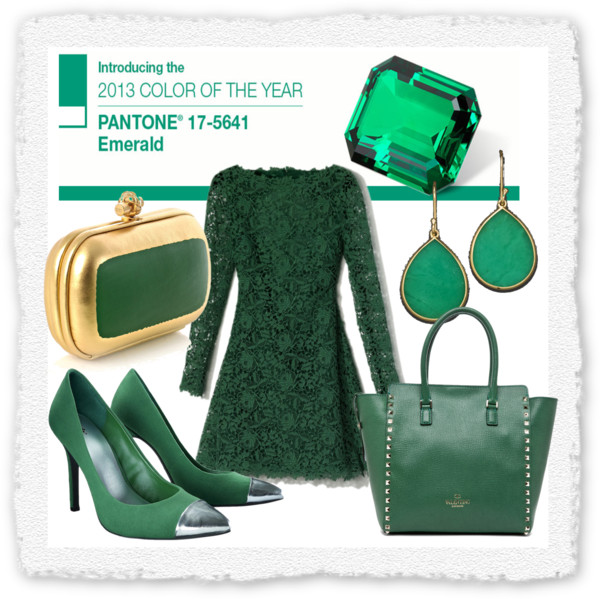