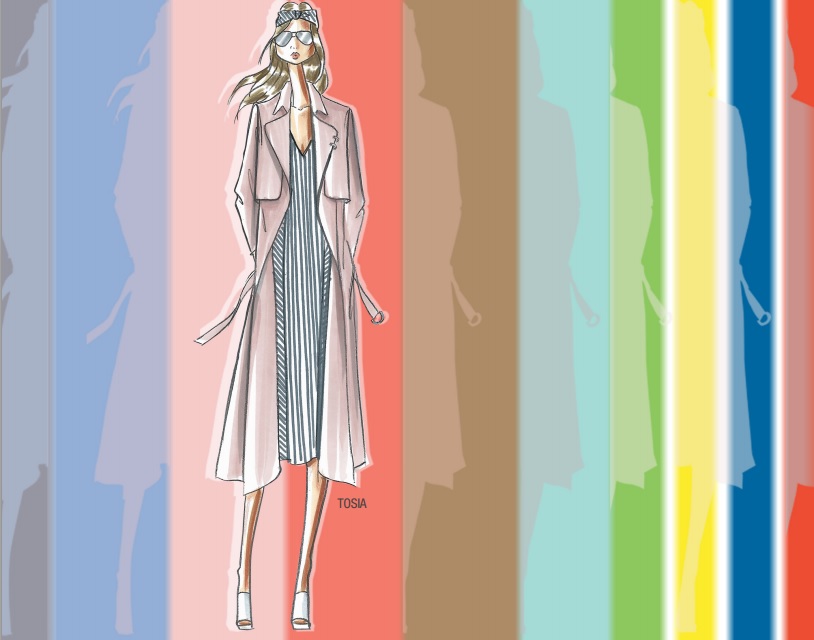 Pantone has released the top ten colors for the spring 2016 season from New York designers. They offer a mix of vivid hues, pastels, and one neutral tone.

In the color palette above, you can see a beautiful blush hue. This color has been around for a few seasons now, and is currently popular for the fall 2015 season. It is also extremely important for spring 2016. Many designers are favoring this blush hue for spring which is named “Rose Quartz.”

Designers are showing Rose Quartz with other top ten hues such as Peach Echo, Serenity, and Lilac Grey.

Serenity, which is a fabulous light periwinkle color, is being shown often with Peach Echo, Snorkel Blue, and Buttercup.

Snorkel Blue has been paired with Iced Coffee, Buttercup, and Peach Echo by many designers for the spring 2016 season.

Buttercup, which is a cheery yellow hue, is being shown with Snorkel Blue, Serenity, and Lilac Grey.

Limpet Shell is being shown with Peach Echo, Rose Quartz, and Iced Coffee.

Lilac Grey, which is my favorite color from the top ten for spring 2016, has been paired with Green Flash, Fiesta, and Iced Coffee by designers for the warm weather season.

Fiesta is being shown with Green Flash, Snorkel Blue, and Limpet Shell for a playful, vivid color story for spring.

Green Flash, which was the beautiful, vivid green hue on Monique Lhuillier’s spring 2016 runway, is being paired with Snorkel Blue, Limpet Shell, and Serenity for the warm weather season.

I am in love with Pantone’s spring 2016 top ten most popular colors from designers in New York. My favorites are Serenity, Lilac Grey, Snorkel Blue, Green Flash, and Rose Quartz. Which colors are you excited about?

2 thoughts on “Top ten colors for spring 2016 from Pantone”