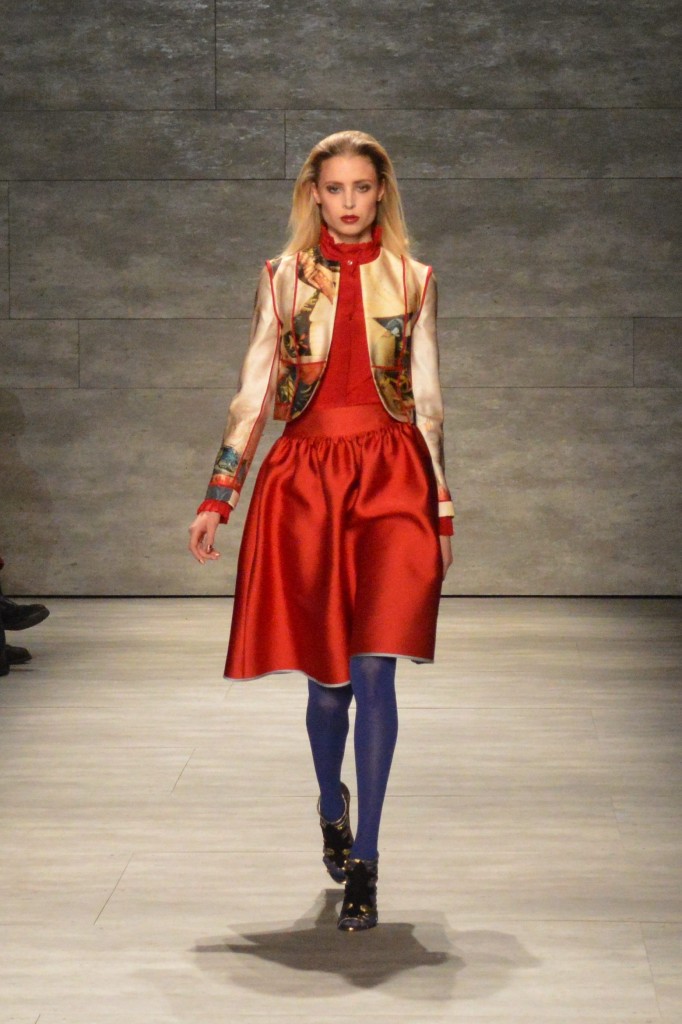 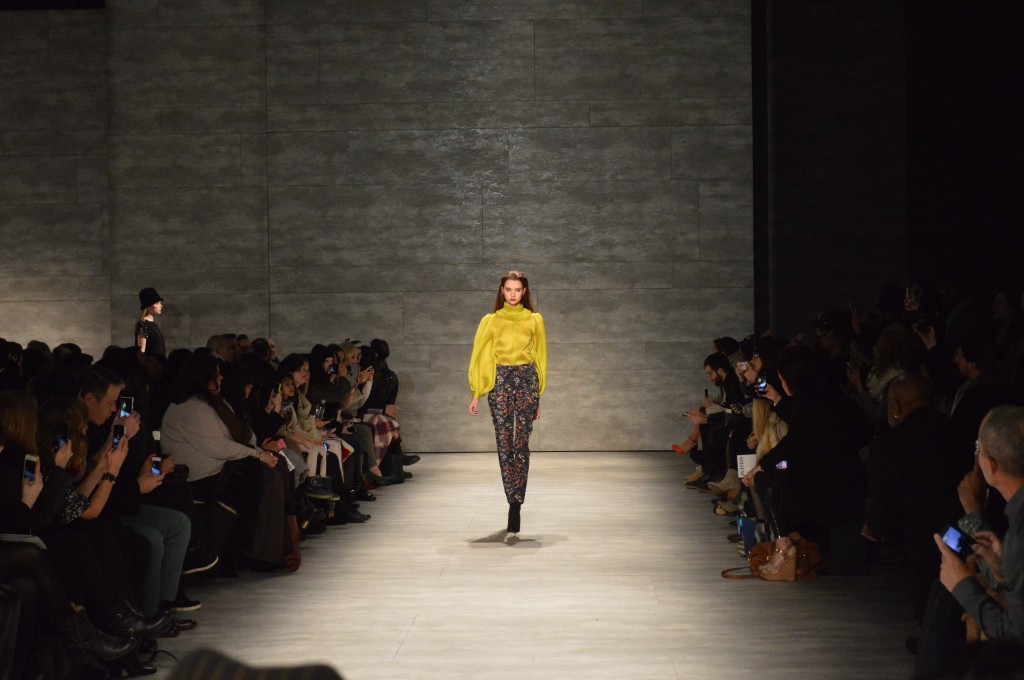 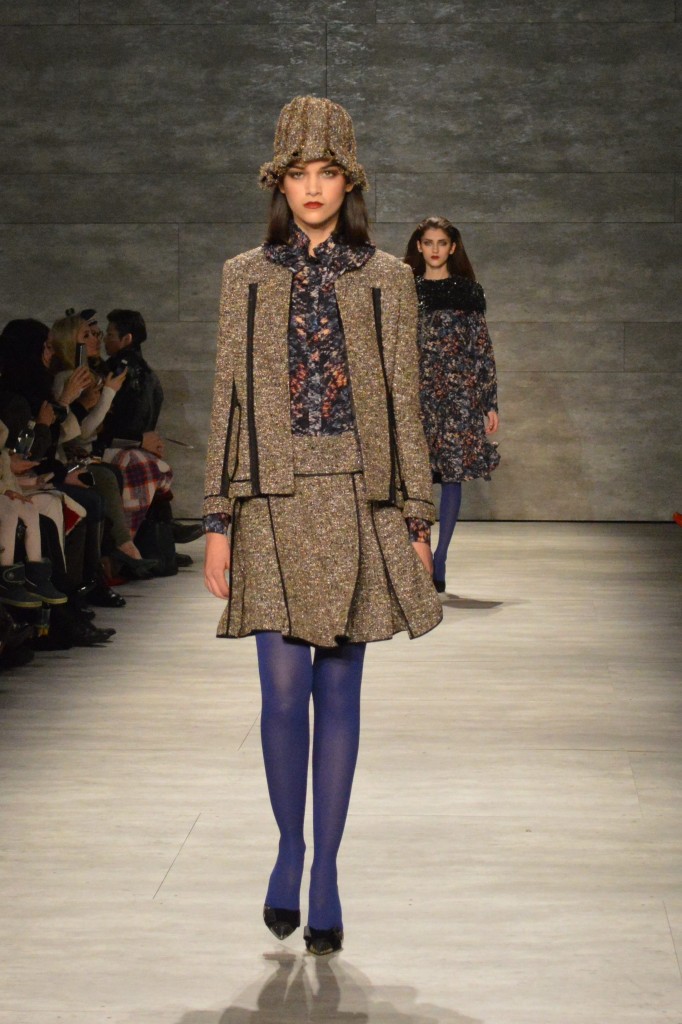 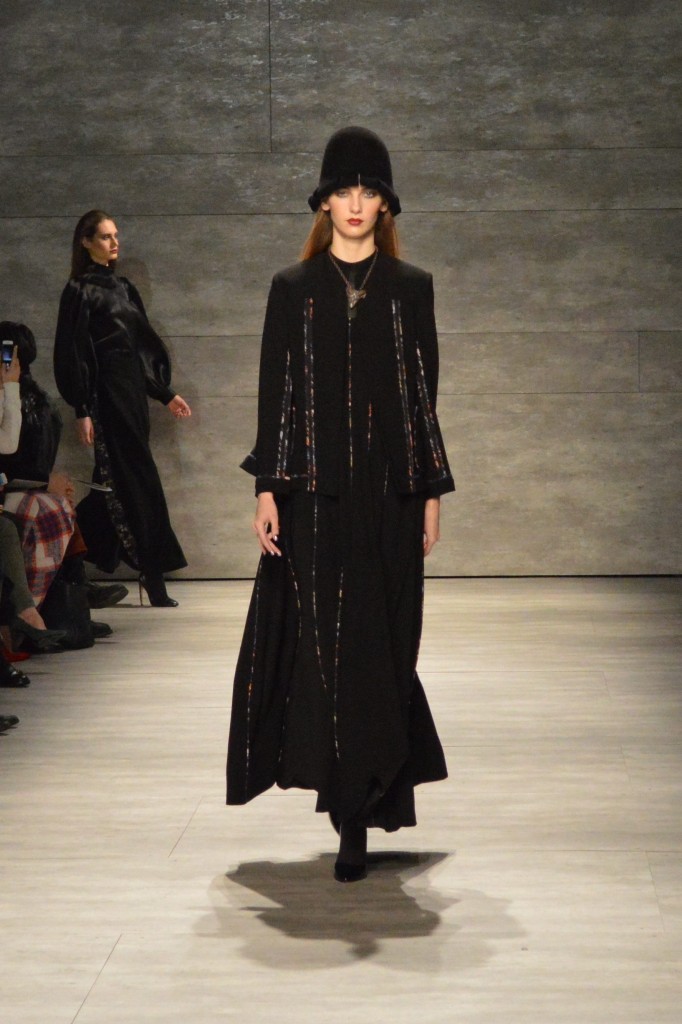 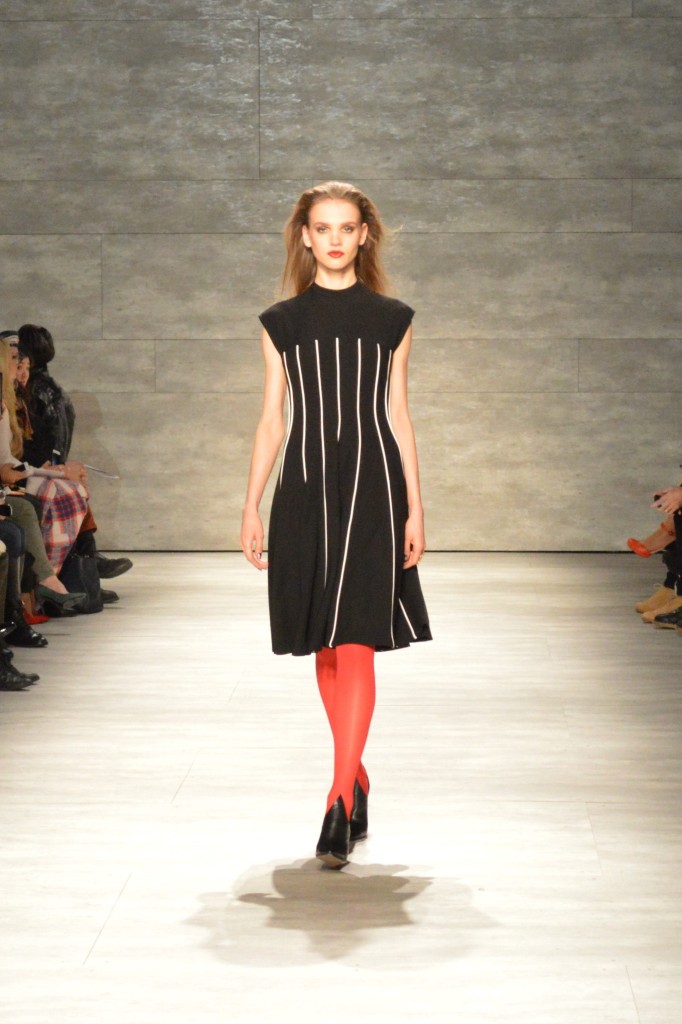 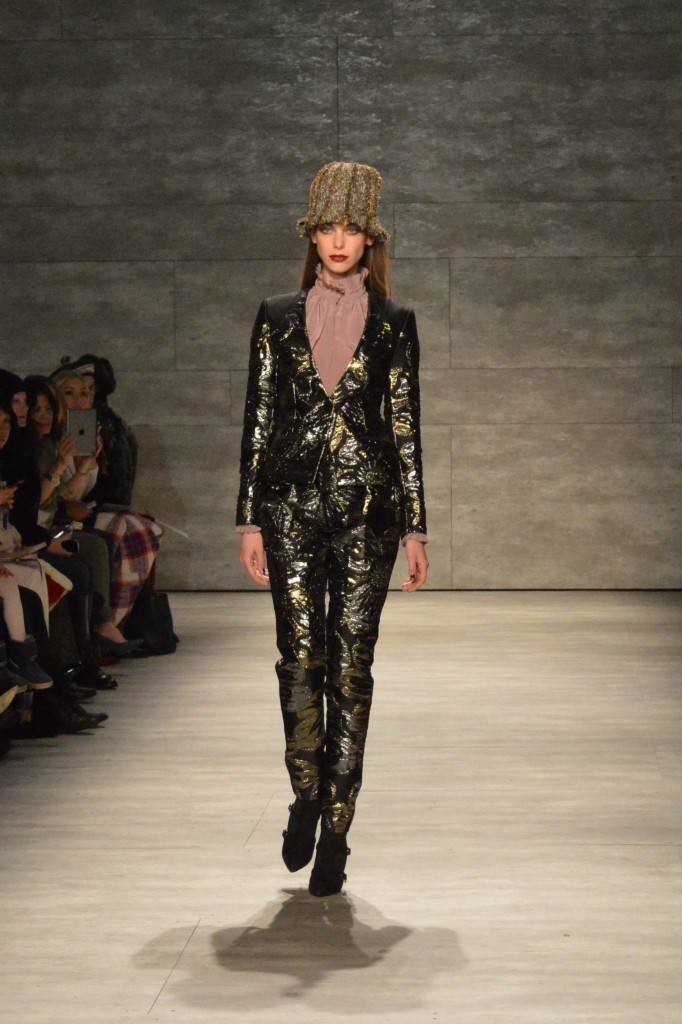 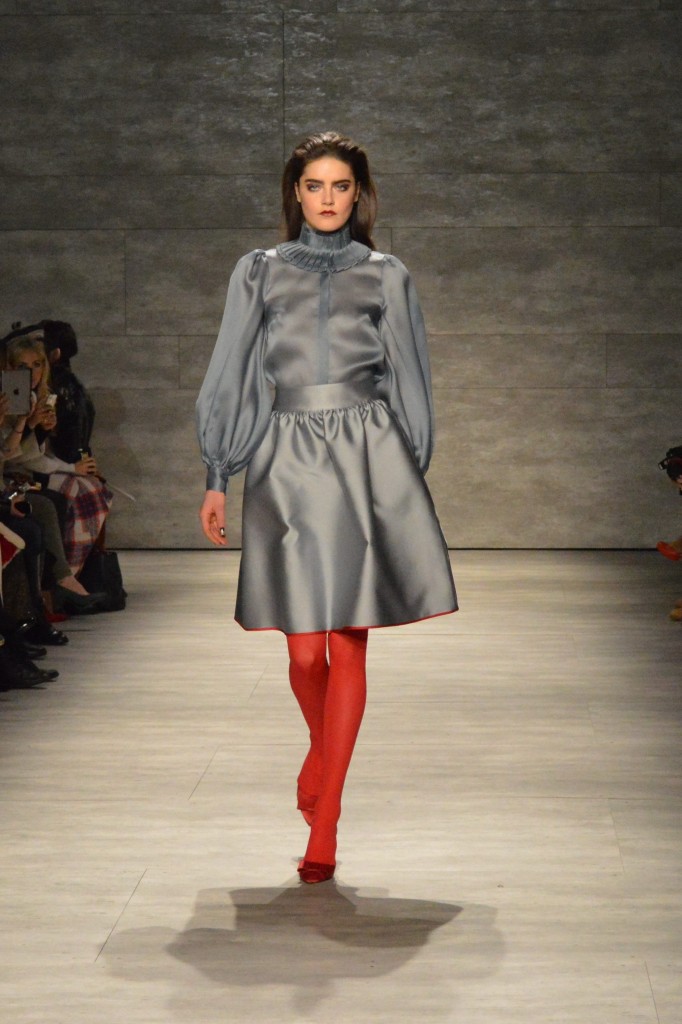 The first and fifth photos show my two favorite looks from the Ruffian fall/winter 2014/2015 runway at New York Fashion Week. You can watch the runway show in the press video below. Which looks were your favorite? 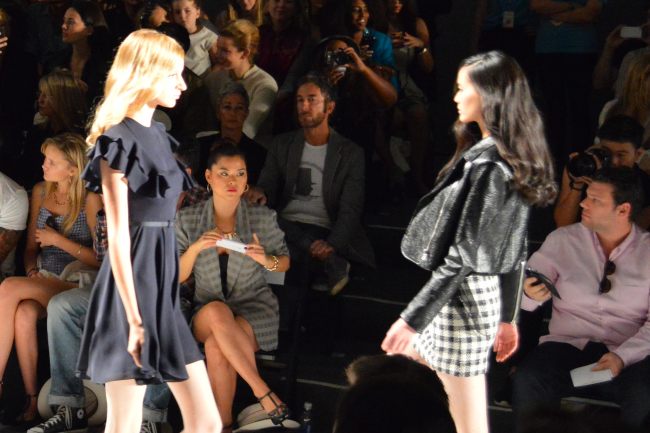 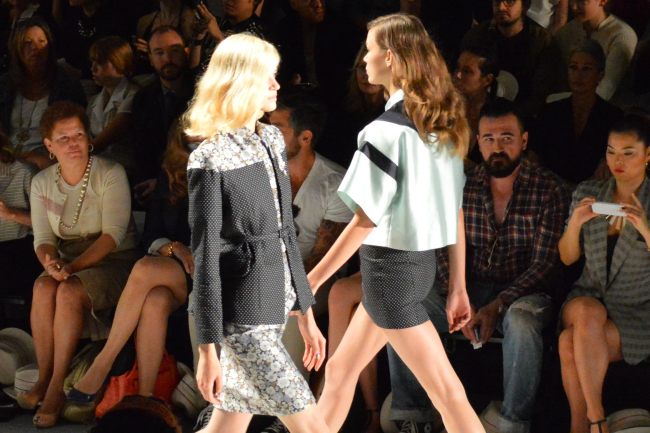 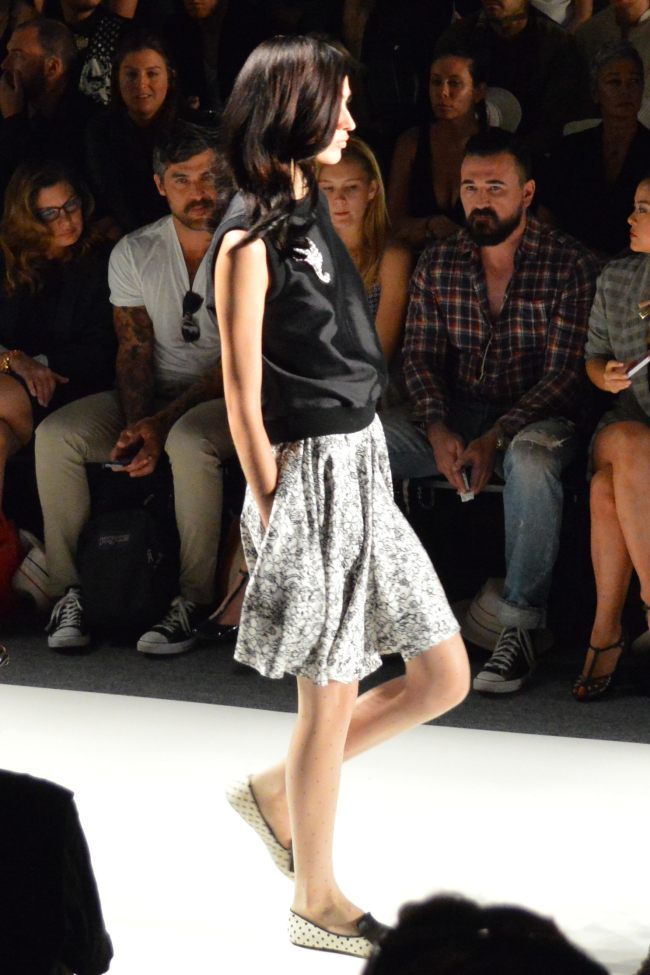 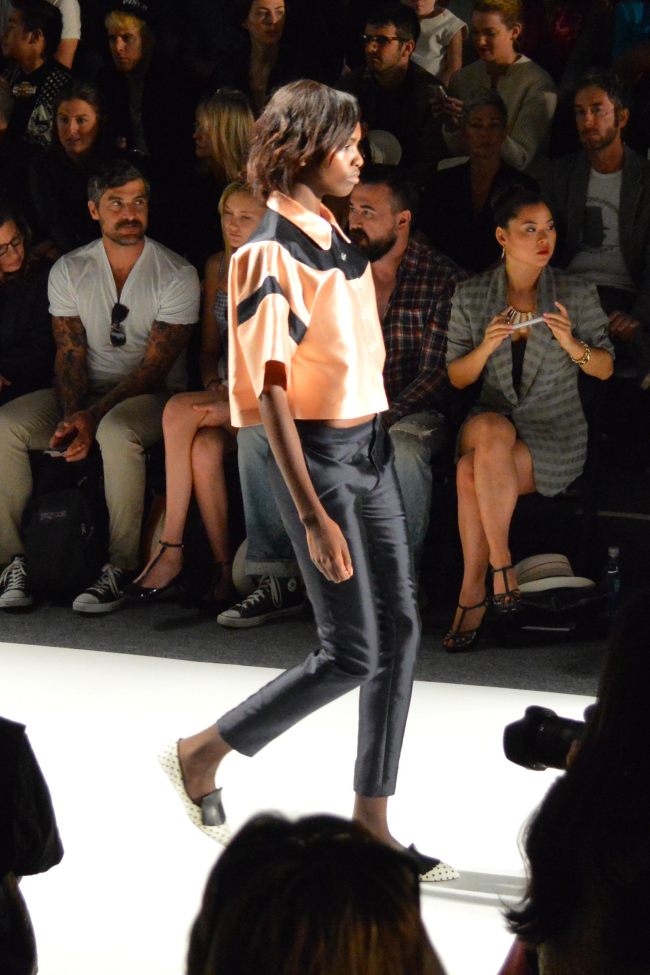 Ruffian showed their spring/summer 2014 collection on September, 7 2013 during New York Fashion Week. I had great seats and was able to see the collection up close. There were a lot of mixed prints and feminine details. I love the skimmer pants, flirty skirts and flounce sleeves. The fabrics were soft and floated with the models as they walked the runway. I am definitely coveting the navy dress in the photos above! Love!

Here is the press video from the Ruffian spring/summer 2014 runway show at New York Fashion Week. What is your favorite look on the runway?