Elizabeth Hurley was on set last week filming an episode of “Gossip Girl” when she was spotted carrying a fabulous handbag by luxury vegan accessories designer Jill Milan! This beautiful faux-patent clutch is named the “Pacific Heights Clutch” and is perfect for both daytime and evening occasions. Love that!

As we know the daytime clutch trend is huge for spring 2012, and is showing no sign of stopping for fall 2012. In fact, black daytime clutches dominated the fall 2012 runways in New York, Milan and Paris. This makes the “Pacific Heights Clutch” by Jill Milan perfect for now and well into 2013. In addition to being on  trend, this 100% animal product free handbag is a classic envelope style clutch with a hidden silver shoulder strap.
Jill Milan’s “Pacific Heights Clutch” looked beautiful on Elizabeth Hurley and will also look dazzling when the “Gossip Girl” episode airs later this season. The “Pacific Heights Clutch” is made from faux-patent and the same style can also be found made from Italian viscose. The clutch is priced at $1,300 and is made in Italy. The hardware is handmade by jewelry artisans, also in Italy. For more information about Jill Milan Handbags, please visit JillMilan.com. 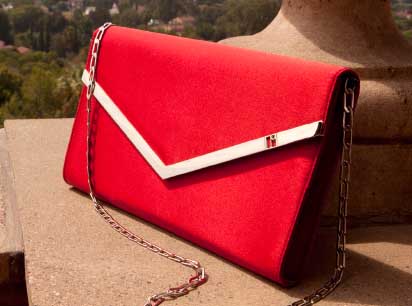 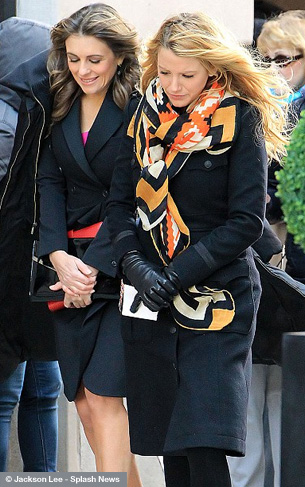 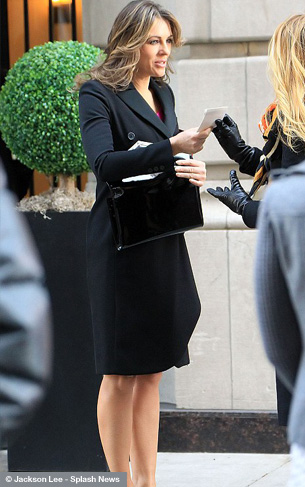 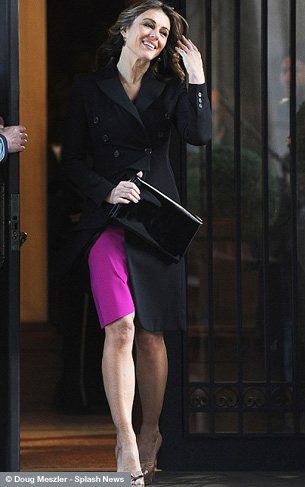 Twilight has influenced fashion in a subtle way for Fall 2010. The movie Twilight has a fierce fan following and is one of the most googled movie’s of present day. Twilight has become so popular that a spoof movie is hitting theaters this month called “Vampire’s Suck.” Not only have vampires invaded the pop culture du jour, they have inspired designers in Paris, Milan and New York; whether the designers are aware of the movie or not.

Twilight influenced fashion was seen throughout this Fall’s runway shows in the form of head-to-toe dark styles as well as accents to other trends for Fall such as minimalism and vintage. Black lace is one of the hottest Fall trends and can be found on everything from pencil skirts to vampire style, velvet jackets in deep maroon. Designers such as Alexander Wang are showing deep red dresses accented in lace evoking feelings of vintage fashion worn by Hollywood style vampires. Moschino, Burberry and Jean Paul Gaultier are showing black dresses with lace accents that can either be worn vintage style with a lady bag and classic make-up or Twilight inspired with a black clutch and the new make-up trend of wearing deep, dark red or purple lipstick without eyeliner and blush.

Black lace blouses are being shown with black leather skirts and pants evoking a bad-girl, evil look when worn with dark lipstick and pale make-up. The look reminds Fashionistas of the vampire attire from Twilight. Capes by designers such as Givenchy and Yves Saint Laurent can be thrown over Twilight inspired outfits for a dark, nighttime look that reminds Fashionistas of the time when San Francisco was invaded by vampires in the Tom Cruise movie, “Interview with the Vampire” from 1994. The image of a vampire flying over the Golden Gate Bridge, wearing a black cape, dressed in 1800s vintage attire with a pale face, launches Twilight inspired Fashionistas into the current vampire look for Fall. The modern vampire trend, inspired by Twilight, plays with modern vintage styles from the 1950s and 1960s by adding a dark shadow with the use of black lace, velvet and dark lipstick.

The Twilight influenced fashion trend for Fall may not be for every Fashionista, but we might find ourselves inadvertently wearing the trend while mixing lace together with a minimalism look or trying out the new make-up trend for Fall.

The head to toe Twilight look will fade once the popularity of the movie becomes hidden by the glitter and glam of the next movie du jour. For this Fall, Fashionistas who would like to have a little bit of fun can play with the Twilight vampire trend and buy pieces that can easily be incorporated into their current wardrobe. A dark red velvet jacket trimmed in black lace can be worn casually over jeans or in a formal environment over a dress. Lace boots can be worn during the day with a skirt or pair of jeans as well as paired with a black dress and deep purple lipstick for the overall vampire look. Whether or not you choose to play with this trend is up to you. It will fade in about a year or two, so why not play with it and have a little bit of fun? Happy shopping and stay fabulous.