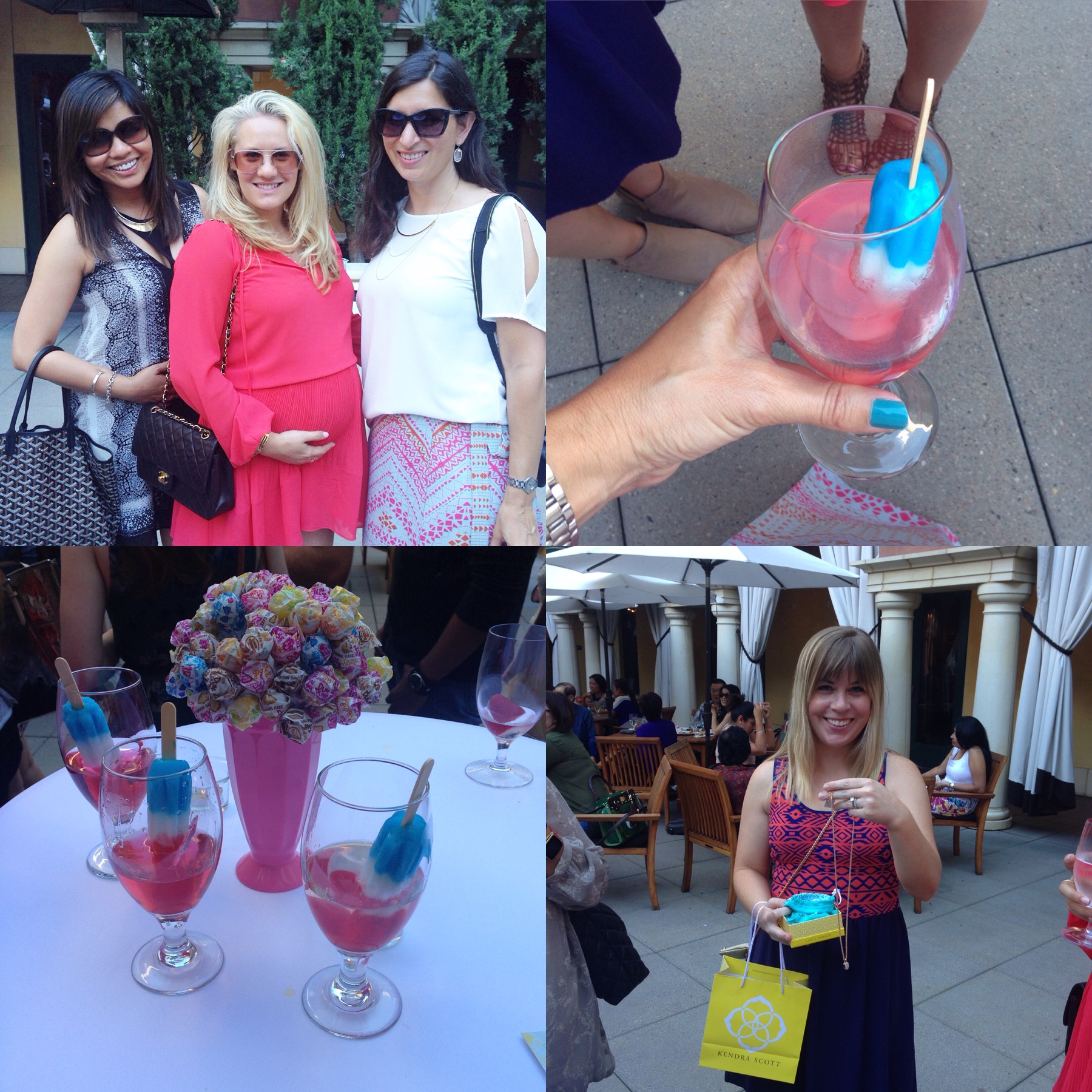 The party attracted a very large crowd, which included some of my friends! It was fun to be able to run into some of my friends, and fellow local bloggers, at the event. Kendra Scott had a table at the Poptail party which gave guests details about their upcoming store opening. They also hosted a raffle where several guests were able to win beautiful jewels by Kendra Scott! You can read about the new store opening online here.

After the party, Laura and I enjoyed a yummy dinner at Pizza Antica. We sat outside, which was perfect since it was still around eighty degrees outside at 7:30pm. It was such a fun evening!

You can learn more about Hotel Valencia online here.