Cally Rieman is a hot new fashion designer out of New York who debuted her first capsule collection, KAL RIEMAN collection in 2009. KAL RIEMAN’s first ready to wear collection was for fall 2010. The ready-to-wear collection is filled with lean silhouette’s that elongate the body and offer a fresh take on office attire as well as casual wear.

“I design clothing for women that embodies the grace and ease that makes men’s wear so powerful.” Designer KAL RIEMAN.

Cally Rieman grew up on Ohio and learned about hard work at an early age. Her Mother was a police Officer and her Father was a Machinist. She watched her parents work hard while maintaining a household of five children. She was an honors student and swimmer who managed a full schedule, much like her mother, and followed her ambitions. Being one of five children, Cally Rieman had her fair share of hand-me-downs which she transformed to match her self-described “tom-boy” style.

Cally Rieman earned a degree in East Asian Studies and Political Science from Denison University. While in college, she studied abroad and taught English to the owner of a textile and manufacturing and marketing company in Taiwan. The study program peaked her interest in the fashion industry.

After completing her degree, Cally Rieman worked in the finance industry for four years. After her finance career, she enrolled in The School of the Art Institute in Chicago where she pursued her degree in fashion design. In 2011 Cally Rieman worked in Paris for Jean Charles de Castelbajac designing men’s and women’s fashions. In 2002, Cally Rieman came back to the States and worked as a Design Assistant for Rubin Chapelle. Cally Rieman began planning her own collection after working for Hilfigier H; combining her knowledge of both men’s and women’s fashion to create a men’s style influenced collection for women.

KAL RIEMAN’s spring 2011 collection is both on trend and classic at the same time. RIEMAN’s feminine yet powerful designs can instantly work into any Fashionistas wardrobe and add unique style to any look. Her rust scarf top combined with skinny jeans is a casual elegant outfit to-die-for! Her suits are feminine and powerful; perfect for leading a board meeting. 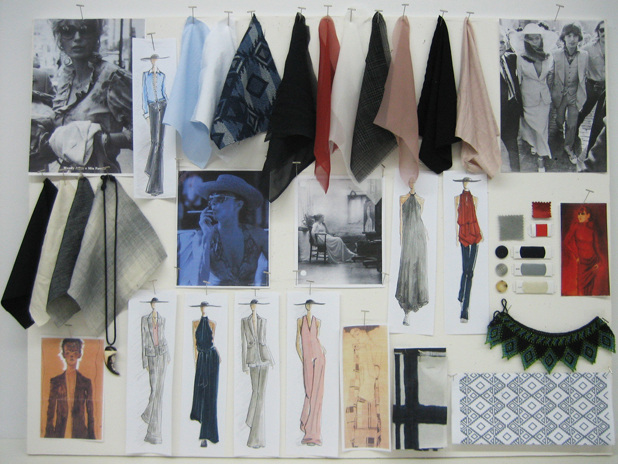