Python is one of the most favored exotic skins used by designers around the world for luxury goods such as handbags, shoes, belts and garment embellishments. While python is a mainstay in the fashion world, the fabrication is wildly popular for fall 2011 and gracing store shelves everywhere except the sunny state of California. What is it about Python that Fashionistas should be concerned about and need to know? Here goes:

First off, California has the right to ban Python in the state. The ban does not conflict with federal law. This means the state of California has the right to regulate Python within state lines. According to California law, Python products may not be sold or shipped to the state and they may not be manufactured in the Golden State either. According to findlaw.com, Python has been banned in the state of California since 1971. The penalties can cost more than a highly coveted designer handbag, with fines ranging from $1000 to $5000 and up to six months in jail. That is a high price to pay for fashion!

Python is the common name for “Pythonidae” which is a family of non-venomous snakes. Pythons can mainly be found in parts of Africa, Asia and down under in Australia. There are eight genera and twenty-six species of Pythons which are currently recognized by humans. The Indian Python became endangered due the aggressive hunting of the species which took place in the mid and early 1900’s. In present day there are more Pythons owned as pets than can be found in the wild. 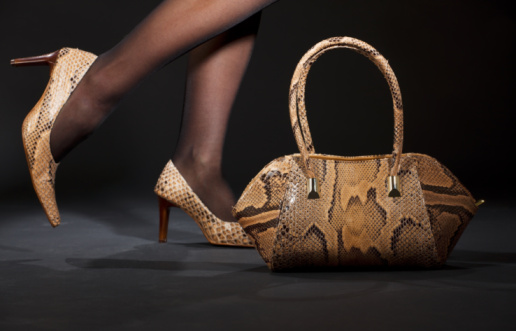