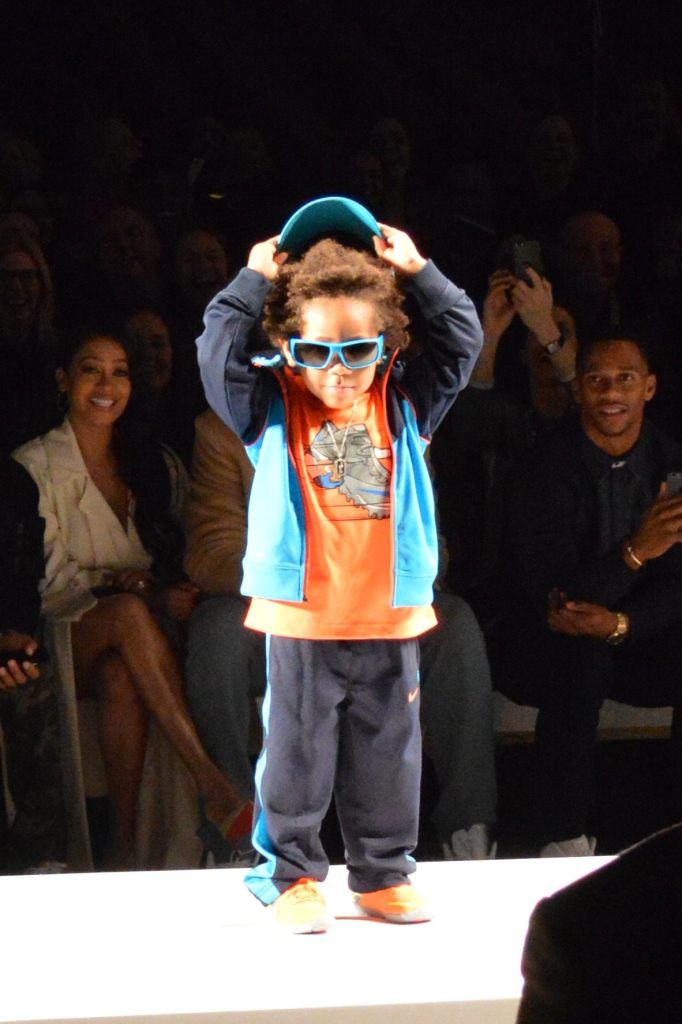 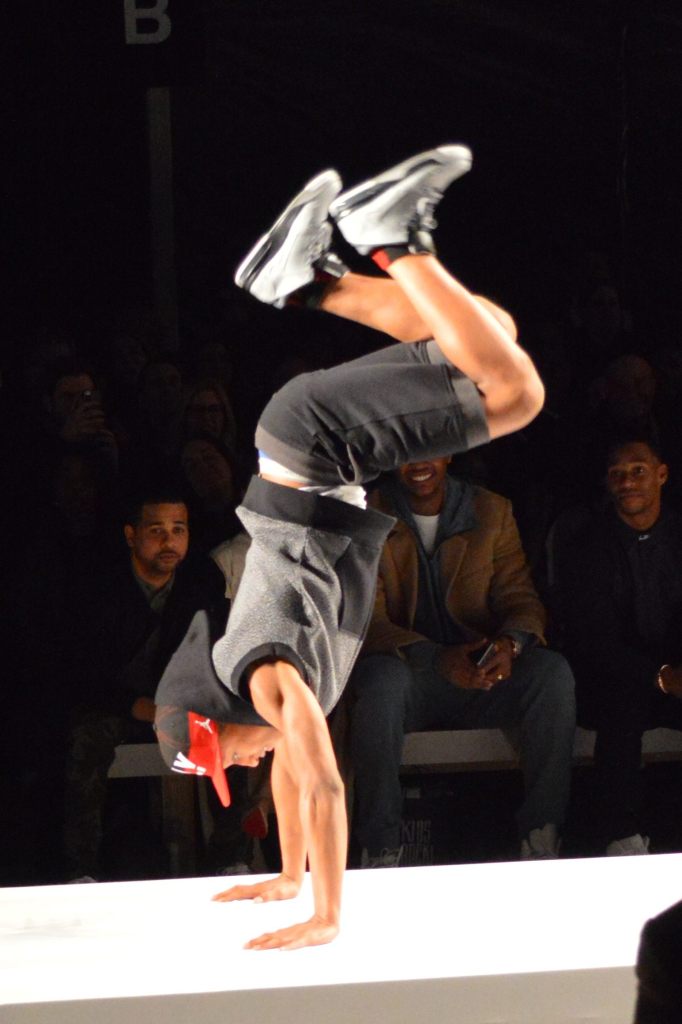 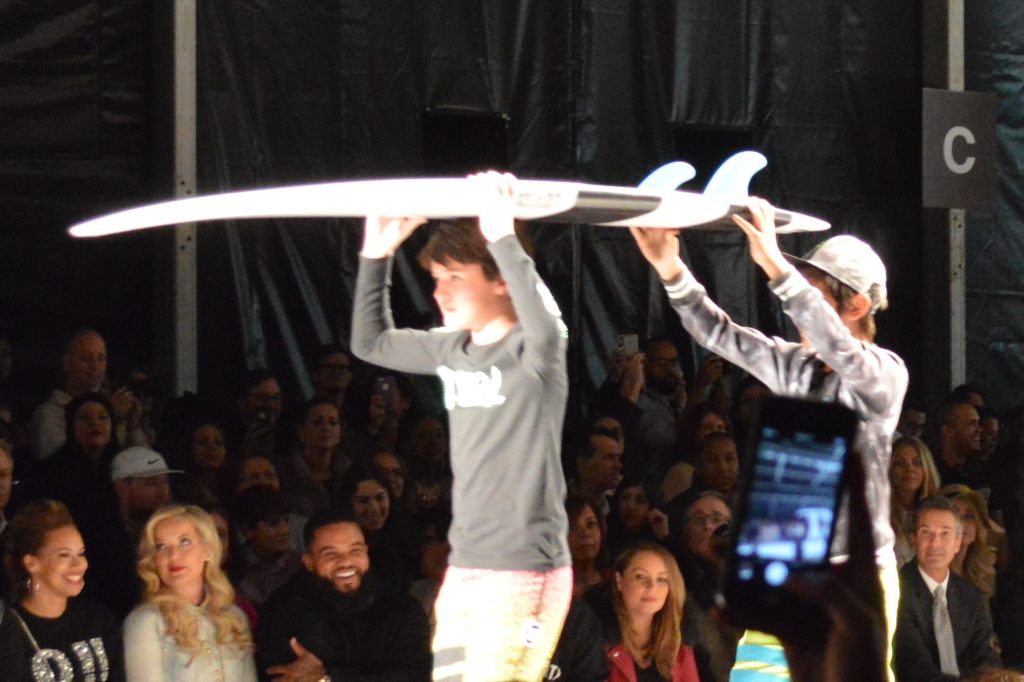 The show kicked off with a live performance by fifteen year old singer and songwriter, Carly Rose Sonenclar. She was second runner-up in the second season of the X Factor. She is signed by Syco entertainment and was named one of Seventeen Magazine’s “Most Powerful Women Under 21 Years Old.” The runway and crowd stayed energized by DJ Kai Song, who is ten years old. He started his career when he was only five! He made the show amazing, the crowd wanted to get up and dance as the models walked the catwalk!

Sitting front row, Carmelo and LaLa Anthony, Devon Still, CC and Amber Sabathia, Victor Cruz, Prince Fielder, Nicole “Snooki” Polizzi, Hoda Kotb and more as some of the athletes watched their kids hit the runway in looks from Nike, Levi’s, Converse, Hurley, Nike SB and Jordan. The show closed with an inspiring appearance by Devon Still’s daughter Leah Still who shined on the runway while bringing awareness to the fight against pediatric cancer.

I apologize for the poor quality of my photos, my seat was not in a good picture taking spot 🙂 To view the show, please watch the video below provided courtesy of IMG Fashion. 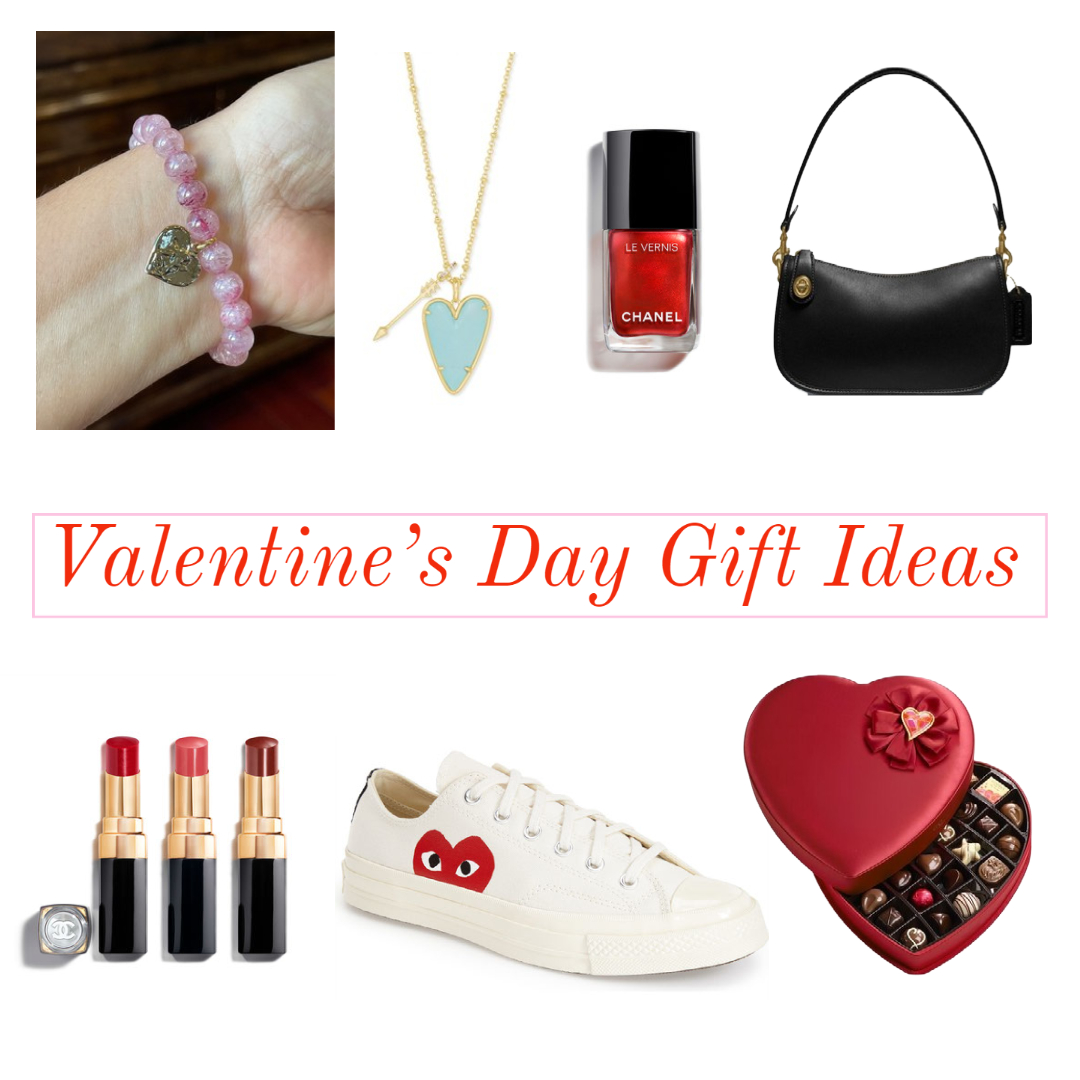 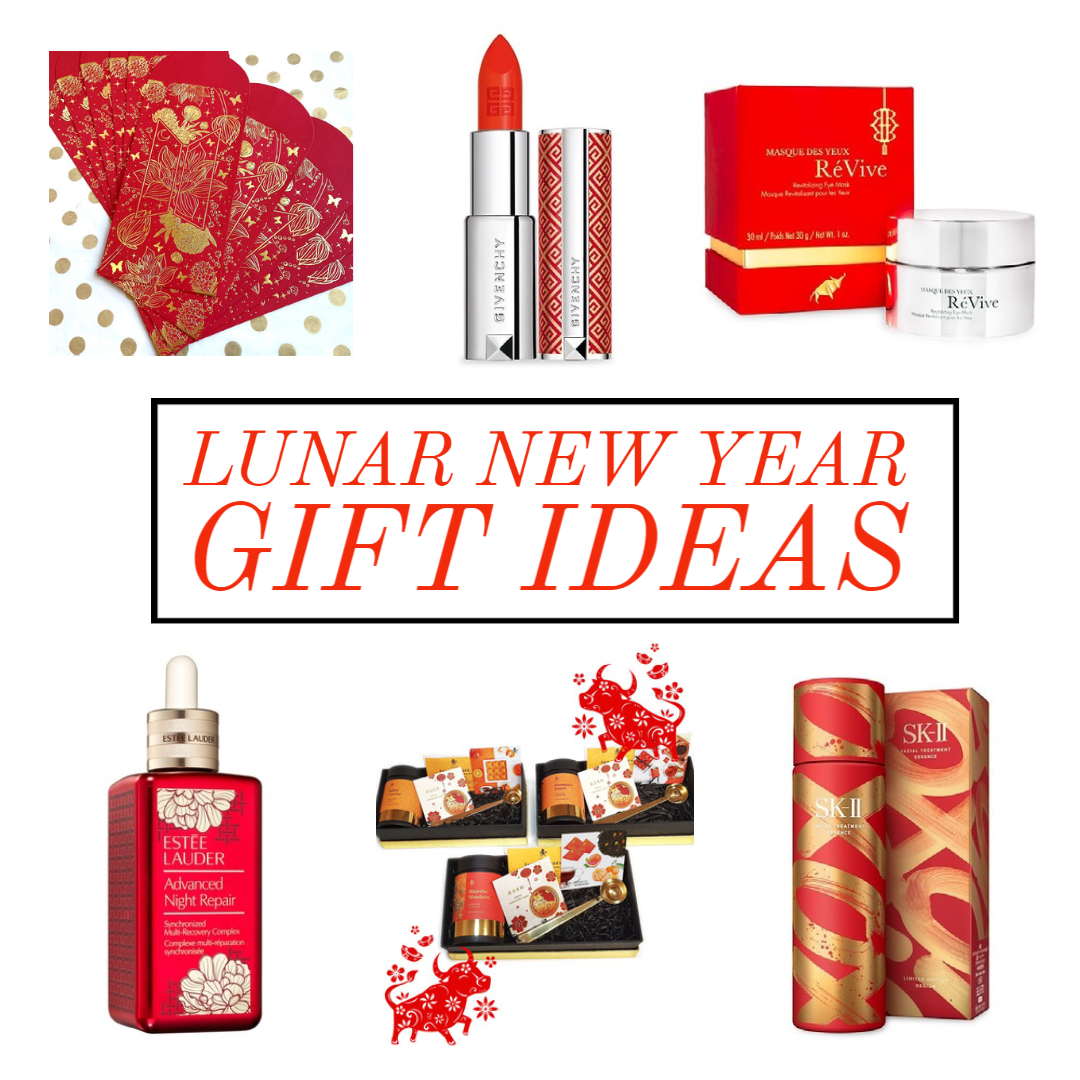