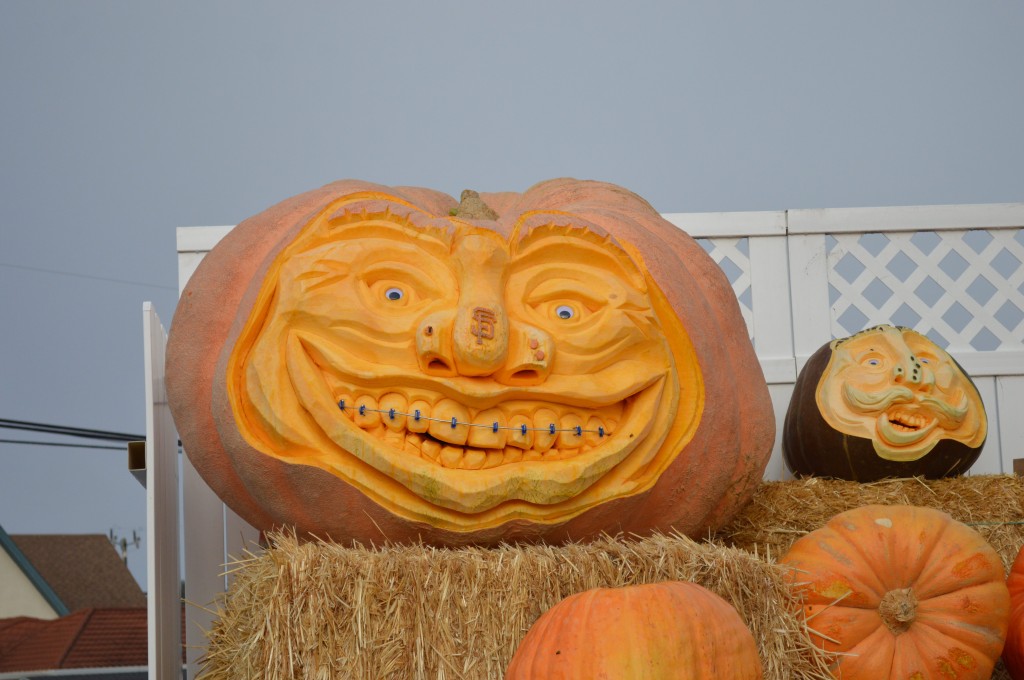 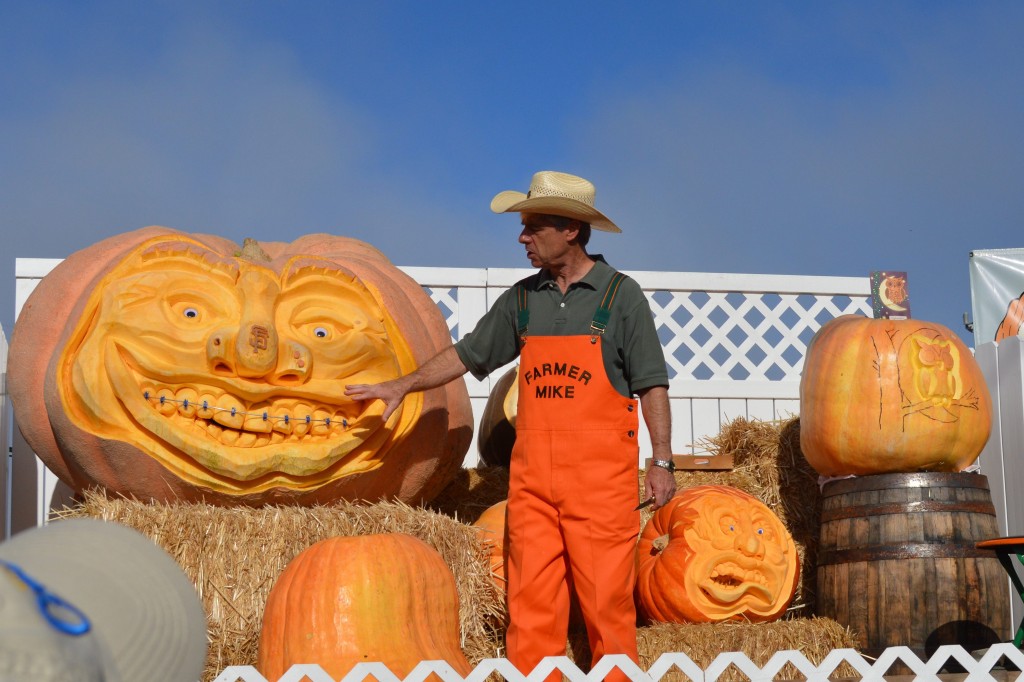 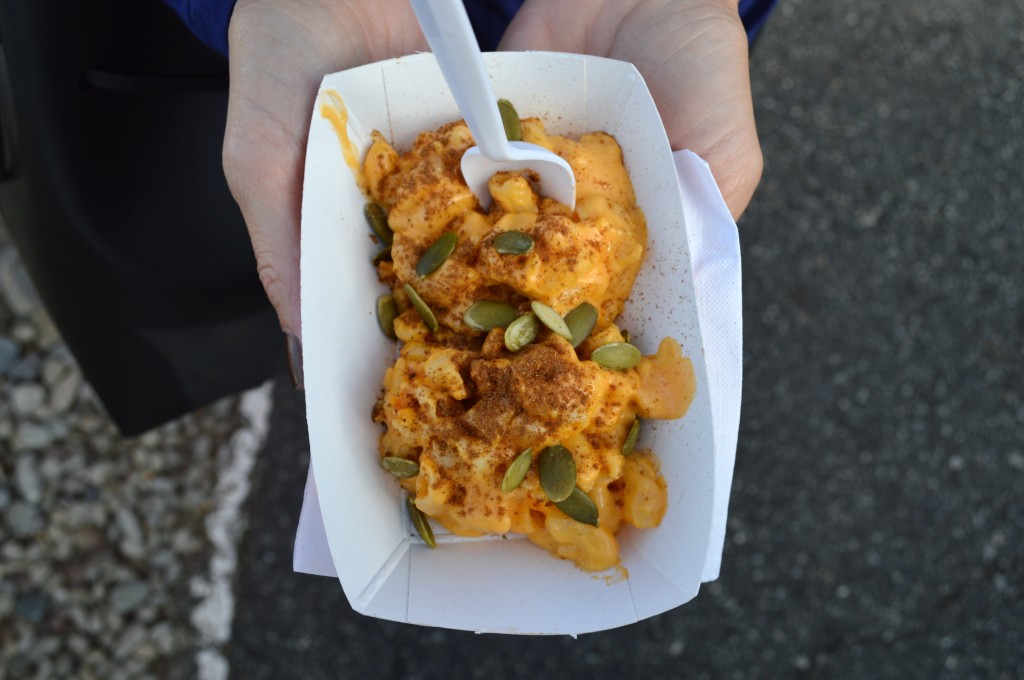 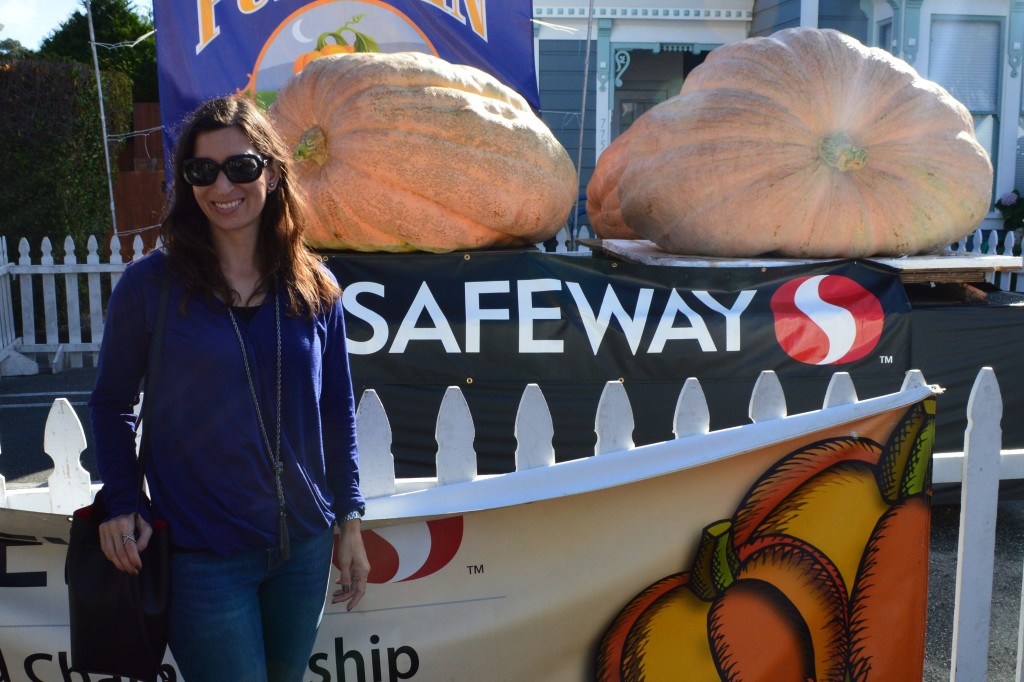 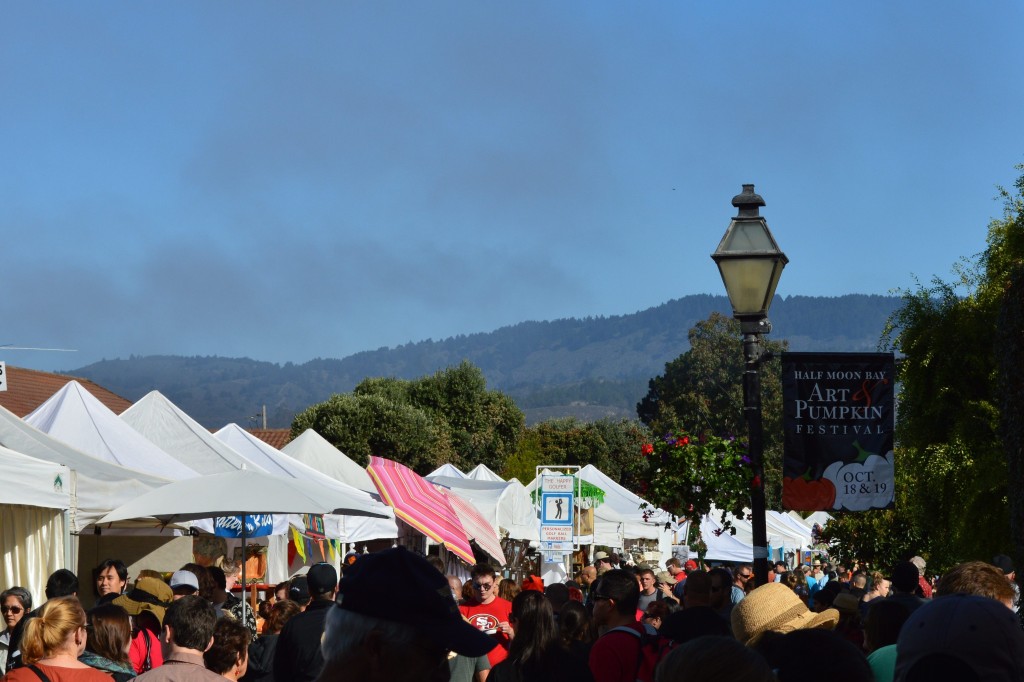 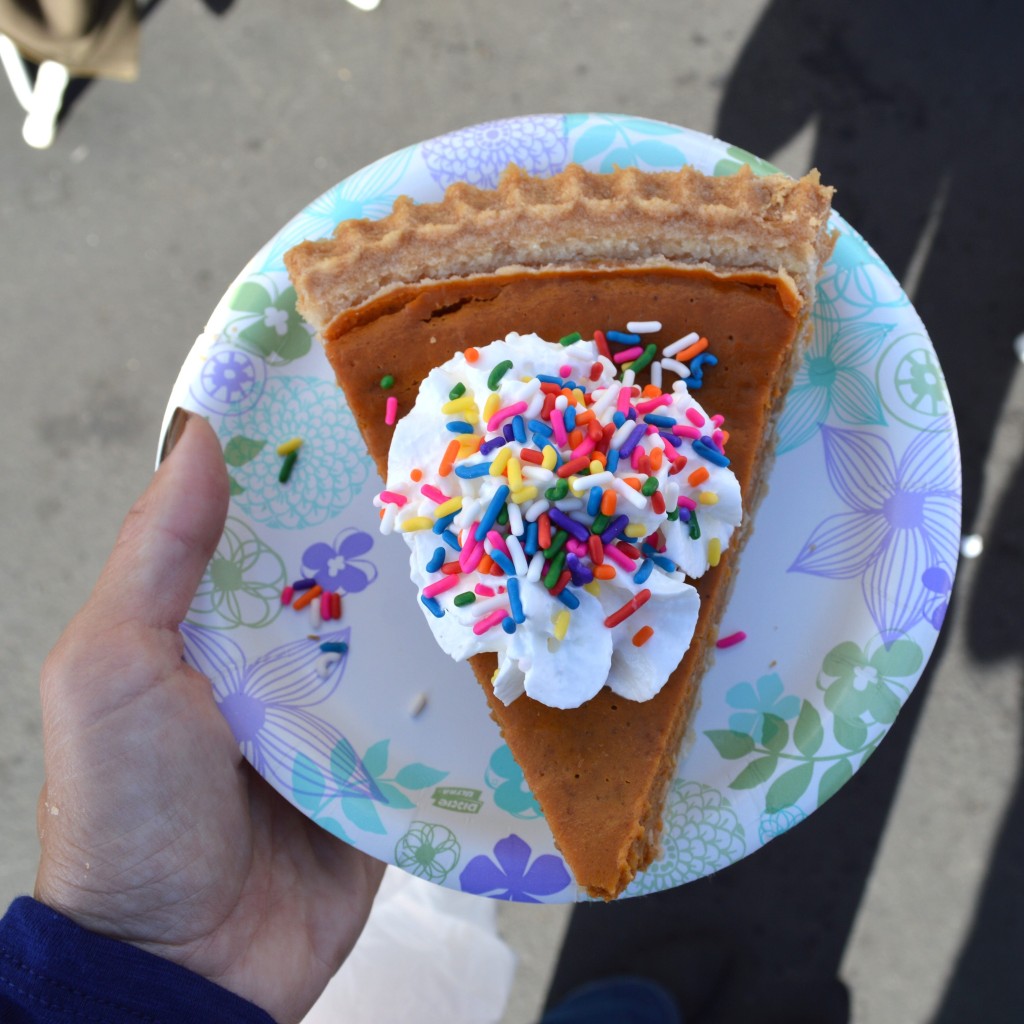 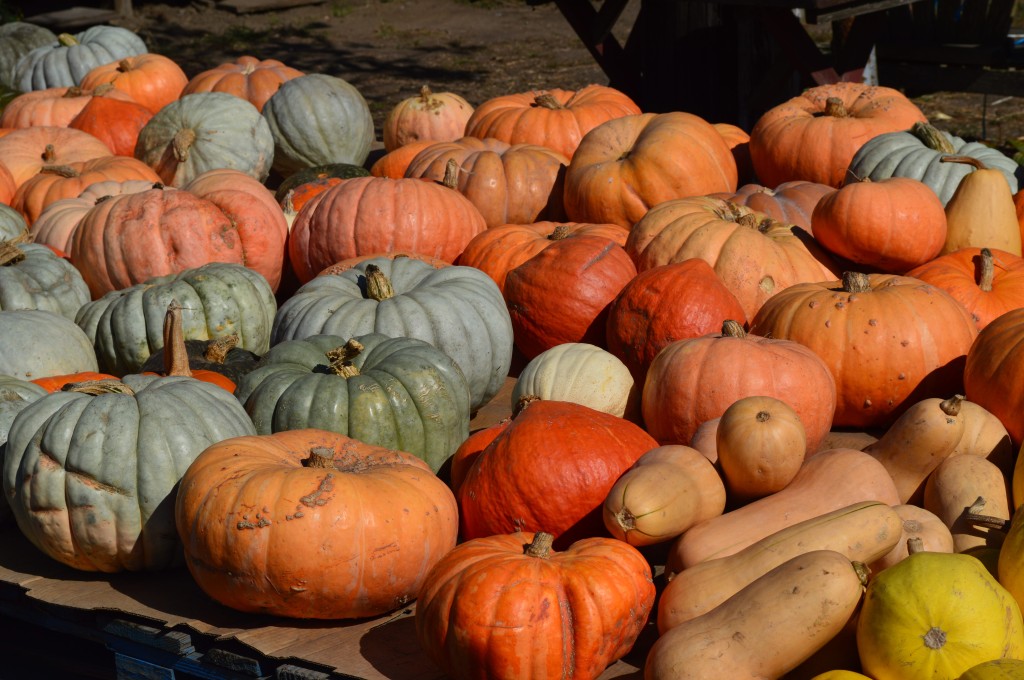 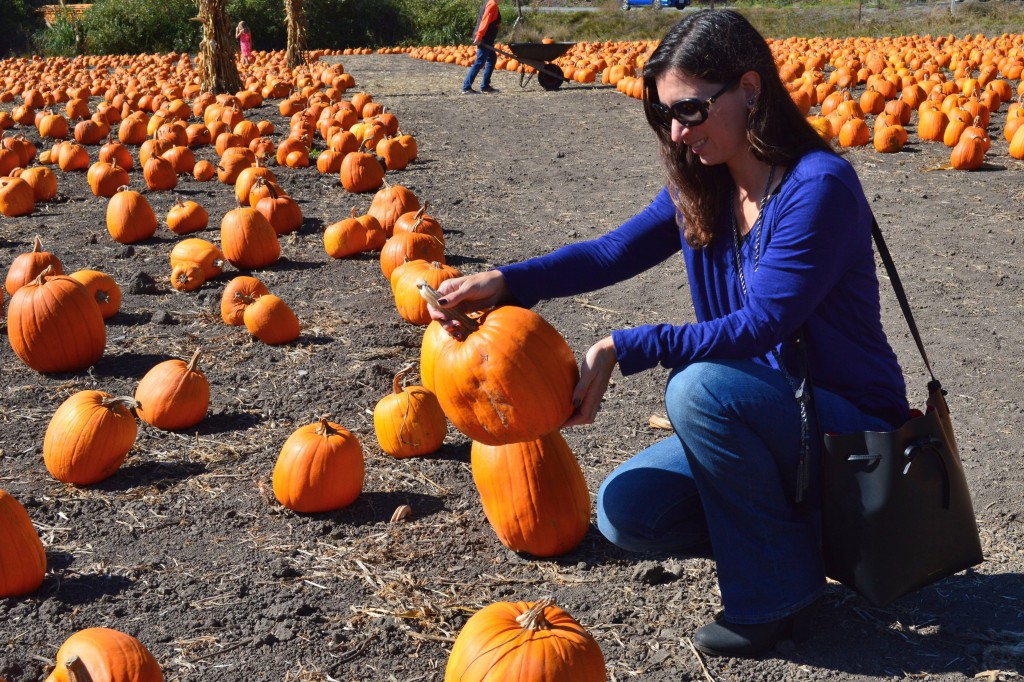 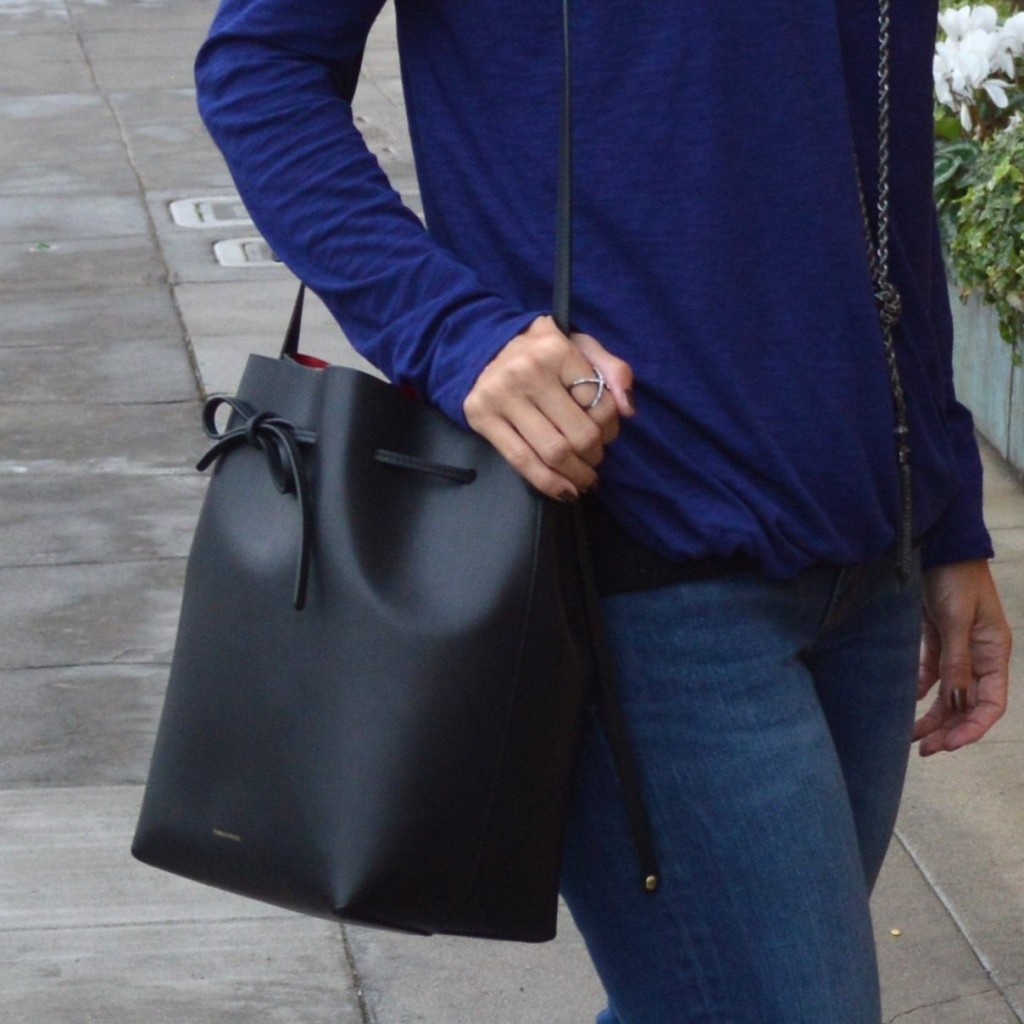 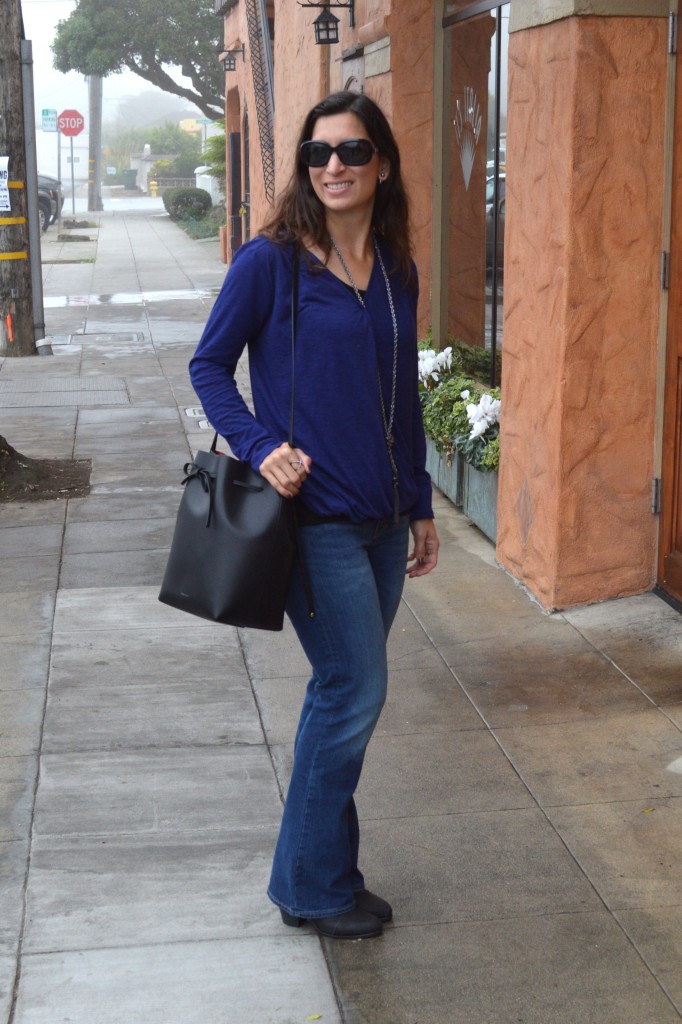 Half Moon Bay Pumpkin Festival, pictured from top: Farmer Mike and his famous pumpkin carvings. Each pumpkin takes roughly four hours to carve and lasts about 3-5 days. / Pumpkin Mac N’ Cheese. Yes, it was delicious! / Standing in front of the second through fifth place pumpkins from the weigh-in. Please excuse my fog-frizzed hair! We were not able to view the winning pumpkin, the line was way too long and my kids were not interested. / Street view / Pumpkin pie. Yummy! / Pumpkins, pumpkins and more pumpkins! / Picking out a pumpkin.

Over the weekend, we took the kids to the annual Half Moon Bay Pumpkin Festival. If you are not from the San Francisco Bay Area, the Half Moon Bay Pumpkin Festival is an annual event which includes a pumpkin contest for heaviest pumpkin and most beautiful pumpkin. There are pumpkin themed food booths, pumpkin carving, jumpy houses, bungee games, artists, art booths, a 5K race, and more! The festival draws people from all over the Bay Area and is a well-loved event.

I knew there would be a lot of walking at the festival, so I made sure I wore my comfortable Rag and Bone boots. They are like pillows with heels! Love that! All of my skinny and boyfriend jeans were in the laundry, so I reached for a pair of boot cut jeans I have not worn in ages. I told myself it was OK to wear them in public because flare jeans are an emerging trend. OK, not exactly the same thing, but I had to work with what I had clean!

The food at the Half Moon Bay Pumpkin festival was delicious. We started the day off with pumpkin pancakes and then bungee games. After the kids bungeed, they went on the jumpy houses (of course) and then we sat down and watched Farmer Mike work his magic on a pumpkin. He is such an incredible pumpkin carver/artist! My kids were mesmerized by his work.

Hopefully next year we will have room in our tummies to try the homemade pumpkin ice cream, pumpkin nachos, and other pumpkin themed food! Have you been to the Half Moon Bay Pumpkin Festival before? What did you think?