Studs for fall 2012 are being shown in medium and small sizes, and mainly in silver. The studs are shown uniform as well as mixed together with different shapes and sizes; as well as with small spikes.

Designers such as Christian Louboutin, Alexander McQueen and Prada are showing several studded shoe styles for the fall 2012 season, and the edgy styles are being shown with quieter, un-studded apparel. When shoes are studded, garments are clean and stud-free. A few studs have shown up on leather jackets and sleeves for the fall 2012 season, but their main appearance is on high heels and flats.

Studded shoes for fall 2012 are an easy way to add edge to office attire or a classic little black dress. They are also a great way to spice up an outfit from last fall and bring into the current season. If there is one type of shoe to invest in this fall 2012 season, it must be studded.

We found a few fabulous studded shoes around the web and assembled them into the Polyvore set below. Hope you love it! Happy shopping and stay fabulous 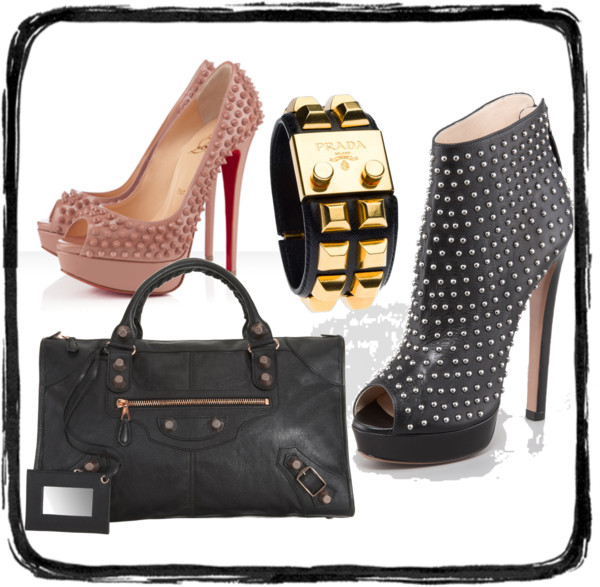