Paradoxal by Chanel is the hot new nail color for Fall 2010; followed by Chanel’s Jade Rose. Chanel’s nail colors dominate nail polish waiting lists across the globe and this Fall is no different. Paradoxal by Chanel is the plum twist to Spring’s hot nail color Particuliare also by Chanel. The waiting lists have started in the Bay Area while Chanel cosmetic counters scramble to order more of the hot new nail color for Fall 2010. Nail color has been vampy the past few years, with the exception of Spring 2010 when shades of beige were all the rage. Chanel’s Paradoxal crosses the past purple nail polish trends with the current beige trend giving Fashionistas a plum-like neutral for Fall which blends easily with the browns from the 1970’s trend and the shades of black from the Minimalism trend.

Paradoxal is a violet beige that seems to be a cross between Spring’s Particuliare and Fall 2009’s Vendetta by Chanel. Chanel’s Paradoxal is about two shades lighter than Vendetta and about one shade darker thanParticuliare. Nail polish by Chanel has good lasting power and normally does not chip until after about four days. The dark color of Paradoxal will show wear quicker than the runner up color for the season, Jade Rose. Jade Rose is a soft, blueish pink that has not been seen in fashion for several years; if not for a decade. The pretty pink of Jade Rose works perfectly with this seasons’s vintage looks from the 1950’s and1960’s. Imagine full skirts, pretty sweaters, bow tie pumps and Jade Rose fingertips! Fabulous! It will be like taking a time machine back to City of Paris in the late 1950’s and early 1960’s on Union Square.

The wonderful thing about nail color for Fall 2010 is that Fashionistas have choices. Instead of being forced to wear vampy purple or dreary beige, there is a choice between Paradoxal and Jade Rose. Of course, Chanel’s IT colors always sell out the minute they hit store shelves. Thankfully Target has a wide array of reasonably priced nail color by both Nicole and Sally Hansen for under $10. Fabulous! Not sure which color to go with for Fall? If you feel drawn towards the 1970’s and Minimalism trends, go for Paradoxal. If the 1950’s and 1960’s vintage trends suit you, go for Jade Rose. All the trends calling your name? Ah, just buy both nail colors! Happy shopping and stay fabulous. 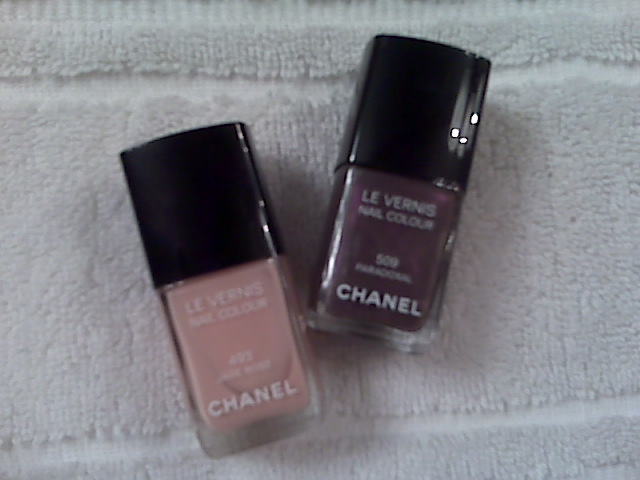