Chanel’s fall 2012 nail polish has hit store shelves and the hues, Vertigo, Suspicious and Frenzy, are right on trend for the fall and winter 2012 season. Chanel has created three hot colors for fall including the nail polish color, Frenzy, which created quite an internet stir when it appeared on the runway in Chanel’s fall/winter 2012/2013 Paris Fashion Week, ready-to-wear show.

Nail polish for fall 2012 is being shown in neutral nudes, dark browns and classic shades of red. Vertigo by Chanel is a deep, dark brown with a light, sparkling sheen which is perfect for pairing with fall’s traditional color palette and neutral apparel hues. The second nail polish color, Suspicious by Chanel is a purplish red with pink undertones which is classic and slightly edgy. The last color, Chanel Frenzy, which became an Internet sensation after appearing on Chanel’s fall 2012 runway during Paris Fashion Week, is a grey-nude which offers a cool look and will easily blend well with any color palette for fall.

Suspicious and Frenzy are all flat colors and do not offer the same sparkle which has been appearing on Chanel nail polish over the course of the last few seasons. Vertigo offers a slight sparkle which adds dimension to the otherwise, dark nature of the hue.
While Vertigo and Suspicious are on-trend and fabulous for fall 2012, Chanel’s Frenzy is expected to be the frontrunner and “IT” color for the fall 2012 season. Nude nail polish is hot for fall and was spotted on the runways in New York, Milan, London and Paris by various designers. Beauty companies have also been creating their own versions of nude nail polish for the fall 2012 season which are arriving on store shelves as we speak. Since Frenzy by Chanel has already created quite an internet stir, and nude polish is all the rage this upcoming cool weather season, the nail color is bound to sell out this month as nail polish fans and Chanel addicts flock to store shelves to purchase their own bottle of Chanel Frenzy nail polish for fall 2012.

Chanel Frenzy and Chanel Suspicious are perfect nail colors for wearing a little bit of fall right now during the summer. The classic red hue of Chanel Suspicious and the light, neutral nature of Chanel Frenzy allow the two nail polish colors to easily be paired with summer or fall colors palettes. Chanel Vertigo is dark brown, which makes it more of a traditional fall color that will work well at the end of August as Fashionistas everywhere begin to transition their wardrobe from warm summer weather clothing to apparel which is perfect for warm yet mild fall temperatures.

Chanel’s Vertigo, Frenzy and Suspicious can be found at Chanel boutiques globally as well as Nordstrom, Neiman Marcus, Bloomingdale’s and Macy’s stores. 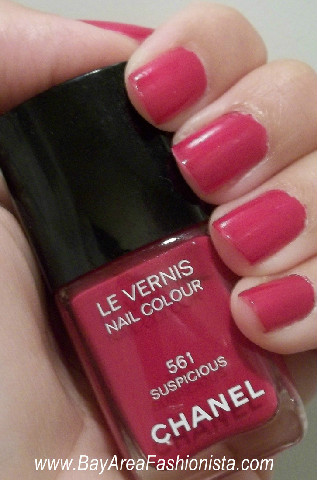 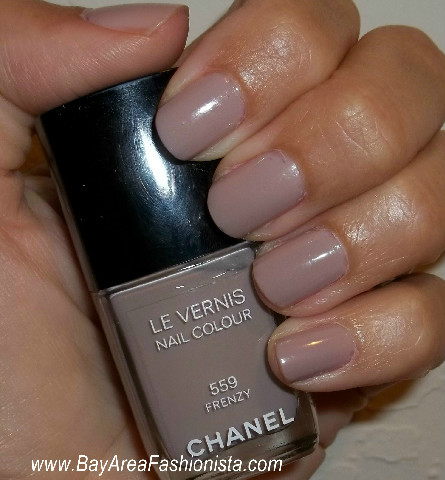 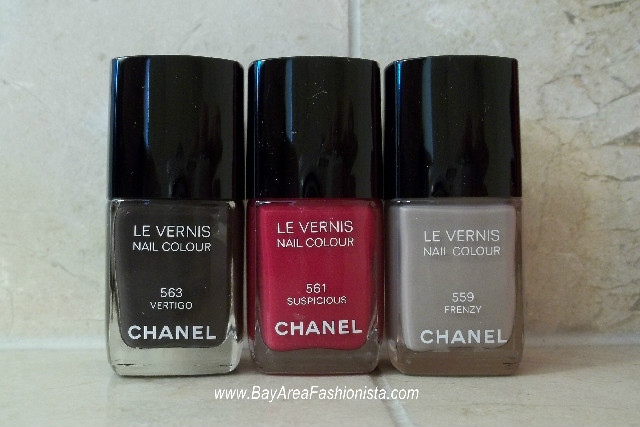