The San Francisco Bay Area is home to a few niche perfumers who create beautiful fragrances that may or may not get noticed beyond the local level. Niche perfumers are increasing in popularity as consumers become bored with “macro-perfumers” making fragrances that all smell alike and follow the “fragrance fashion trend du jour.”

There have been endless fragrance launches over the past ten years that mix and match the same scents over and over again; many of which have celebrity names attached to the bottle just to boost sales of the same boring liquid. The allure of boutique or niche perfumers has increased as consumers have realized there is a whole world of creativity out there that has yet to be sniffed. One of the local, San Francisco Bay Area perfumers worth noticing is Melissa Elia, creator of Mayssa Fragrance.

Mayssa Fragrance founder Melissa Elia created a light, floral fragrance out of love and passion.  Elia was in a classic love story with a man who spoke about future children and their future names. The girl’s name was to be Mayssa (pronounced may-ee-sah). When the relationship ended, Elia knew she needed a way to mend her broken heart. Her passion had been her love affair with a man; it was soon to be replaced by her passion for fragrance.

Melissa Elia always knew she had an inner desire to start and own something. Her entrepreneurial spirit kept bringing her into the fragrance world. Elia began to meet professionals in the fragrance industry and this was her cue to create her own fragrance.

Melissa Elia knew what fragrances she liked and what she did not like. She began purchasing essences and oils and mixing them together in her own kitchen.  Through trial and error, she narrowed down the ingredients that she and her friends liked the best. This is how Mayssa was born. Once Mayssa’s recipe was complete, Elia began to create shower gel, soap and lotion in her kitchen to complement the Mayssa perfume.

Launched in 2003, Mayssa is a beautiful, wearable combination of green, floral and citrus notes. The heart of the fragrance takes Fragrance Fashionistas through a flower garden filled with jasmine, rose and lily. The basenotes of Mayssa are smooth cedarwood and musk. Melissa Elia successfully created a light, everyday fragrance that can easily be worn to the office during the day as well as for an evening out on the town. She used a mix of synthetic and natural oils that are high in quality and long lasting.

Mayssa soon became popular and Melissa Elia realized she could no longer create the perfume in her own kitchen. She began to shop around in search of a perfumery that could produce her fragrance in small or large batches while maintaining the high quality mix of ingredients she demanded. After about a one year search, Melissa Elia found a local company in Livermore, California that could mix her perfume with high quality ingredients and create small or large batches depending on the needs of the business.

This beautiful fragrance is increasing in popularity as more and more Fragrance Fashionistas discover Mayssa. While Mayssa is currently sold in boutique hotel spas and online, the fragrance line is set to expand and be distributed nationally. Mayssa will continue to be a niche perfume while benefitting from national exposure and sales.

Melissa Elia is a true entrepreneur who found her passion and followed it. She is an inspiration to anyone looking to start a company and follow their dream.  Mayssa will not be the last perfume the fashion and beauty world sees from Melissa Elia. She has plans to create a men’s fragrance as well as continue to expand her Mayssa product line. She is definitely a business woman to follow, watch and learn from. 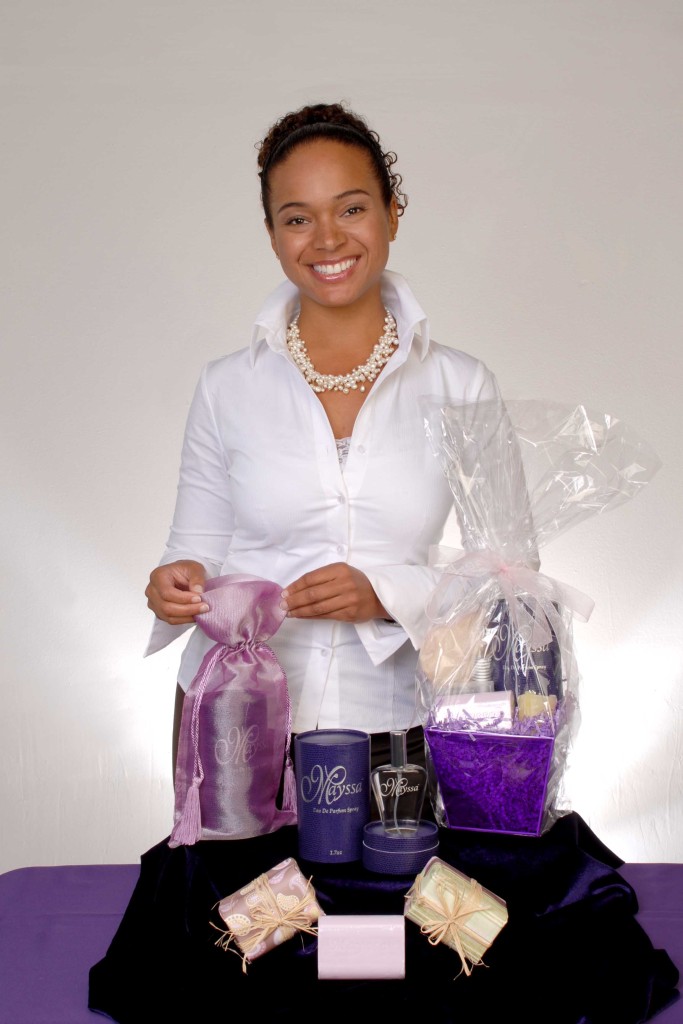